There are currently 93,000 foreigners legally residing in Slovakia, making up 1.7 percent of the population. 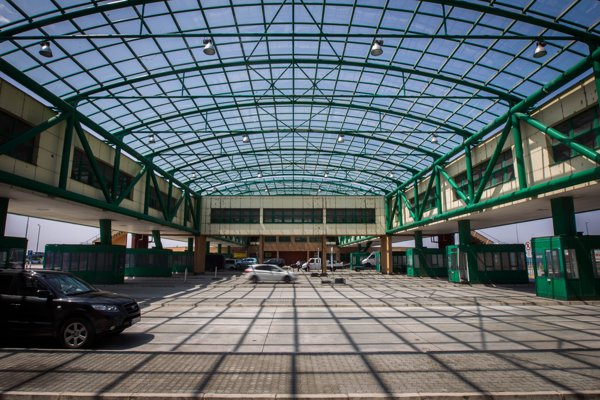 Illegal migration in Slovakia decreased in 2016 year-on-year by 14.4 percent, the numbers published by the Office of Border and Alien Police show. During last year, the police recorded altogether 1,962 illegal crossings of Slovakia's outer border and 208 illegal residences in Slovakia.

On the Balkan route

In the whole of Europe, migration decreased more markedly than in Slovakia. Ladislav Csémi of the Office for Border and Alien Police explained this with the continued illegal migration of people on the so-called Balkan route through Slovak territory, mainly in Serbia and Macedonia. Currently, there are about 74,000 people from outside Schengen and it is supposed that they are interested in continuing on the route.

“Our former attitudes were confirmed, firstly it’s important to stop the flow of migrants in the whole of Europe and secondly we can solve the problem of persons from outside the EU and they need to help,” stated Csémi, as quoted by the TASR newswire.

Of the whole illegal migration number, the crossings of the green border between Slovakia and the Ukraine constituted only 6 percent share (132 people), almost the same number as in 2015. Csémi stated that migrants, mostly Vietnamese, Ukrainians, Georgians, and Russians, were trying to get from the Ukraine by walking without IDs, mostly through harder terrain in the north with the help of smugglers.

In 2016, the number of foreigners who crossed the border in 2016 amounted to 3.45 million, which is 11.4 percent more than in 2015, stated Csémi. This was mostly due to the increased number of EU citizens coming to Slovakia, whose number grew by more than 36 percent year-on-year.

From the total amount of foreigners with residence in Slovakia, 55.8 percent come from EU countries.

The biggest group of foreigners in Slovakia are Ukrainians, the same as last year, their number grew by 21.8 percent, 13,042 people. The second position has Serbia with 7,213 citizens and the third is Russia with 4,036 citizens.