Electronic bracelets do not seem to be effective 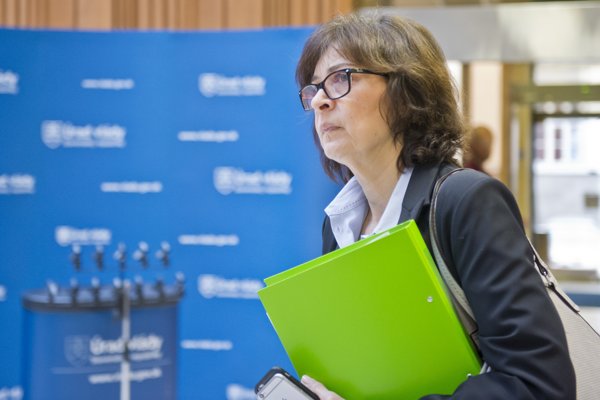 The introduction of electronic bracelets in the prison service has not solved the problem of the low rate in imposing alternative sentences and insufficient capacity of the Slovak prisons. Controllers of the Supreme Audit Office (NKÚ) came to this conclusion after checking the Electronic System of Personal Monitoring (ESMO). The expected benefits of ESMO have not been achieved yet, they concluded in the report published on March 10.

It was the then justice minister Tomáš Borec (a candidate of Smer) who pushed through the new system. In this way he wanted to reduce costs to the prison service by widening the imposition of alternative sentences.

Electronic bracelets were given minimal scope when the amount of alternative sentences stayed almost the same as in the past, the NKÚ stated.

Based on control results, the system is ineffective, its basic goals and benefits to society were not fulfilled. 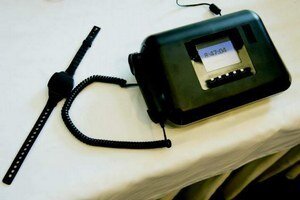 In 2016 only 25 people were monitored through ESMO, 1.25 percent of the targeted 2,000 people yearly. From this number only eight people were sentenced to house arrest. The Ministry showed today’s numbers – 30 people are being monitored and nine out of them are under house arrest.

NKÚ appreciates that the Ministry is trying to solve the insufficient use of the bracelets. The Justice Ministry Lucia Žitňanská (Most-Híd) decided last year that convicted people working outside prison will wear them. A total of 270 prisoners were monitored via ESMO altogether, according to the NKÚ.

“We lowered our payment for support services by one third with the operation of this system,” said Žitňanská for the TASR newswire.

The NKÚ stated that the former budget of the project, €26.7 million from EU funds for 2,000 monitored people per year increased by costs of €358,800 on hardware and software licences. Thus the total cost was €27.3 million.

The robustness of the system did not meet actual needs even in the feasibility study, stated the NKÚ. By not using the system within the expected scope it becomes significantly overpriced. The costs of its service are almost €3.9 million per year.

Minister Žitňanská stated that she will try to fulfil the steps which the NKÚ advised in its report – increased use of alternative sentencing. The ministry should change the laws to allow the increased use of ESMO. NKÚ also recommends training judges, attorneys and officers and also spreading the knowledge to the public. Otherwise, this project will end up labelled as an ineffective spending of public sources.

Borec does not see the report of the NKÚ as a criticism of the project, but of its weak and missing implementation. The project was unique in Slovakia and the preparation was carried out by a big working group using the available knowledge from abroad.

“The implementation in countries, where the system is used, lasted several years," said Borec refuting the idea of an overpriced project. In his opinion instead of waiting for the NKÚ results, the ministry would do better to invest its energy working on project implementation.