In 2016, Slovenský Raj noted an increase of visitors from Israel, Spain and Belgium. 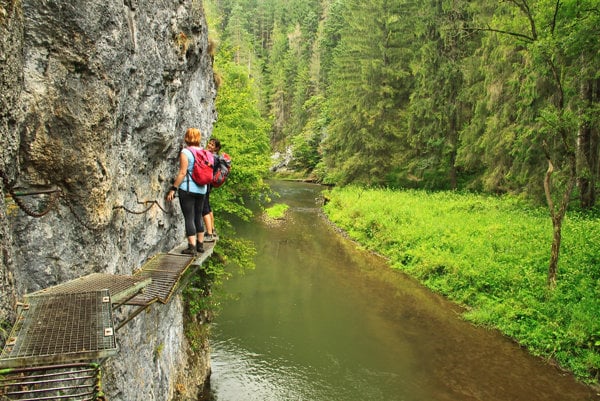 Last year 128,934 hikers from 21 different countries visited the Slovenský Raj National Park, as stated by Jana Skokanová, the mayor of Hrabušice village. The mayor confirmed that this big number of hikers from so many countries has not appeared for a long time.

“Last year was a very good season with many visitors, which is reflected in admission fees to the national park which we use to renew equipment,” said Skokanová for the TASR newswire.

In 2016, there was an increased number of visitors from Israel, Spain and Belgium. “Austrians and French have long belonged to traditional visitors to Slovenský Raj,” stated Skokanová for TASR, adding that among yearly hikers are also Poles, Czechs and Hungarians, as well as many Slovaks.

31,721 people stayed overnight at accommodation in Hrabušice; of this number, 26,588 hikers slept in the auto camp Podlesok in the immediate proximity of the national park.

Under the administration of Hrabušice are five gorges, with several kilometres of hiking and cycle routes.