Last season a smaller number of locations of overwintering owls was counted. 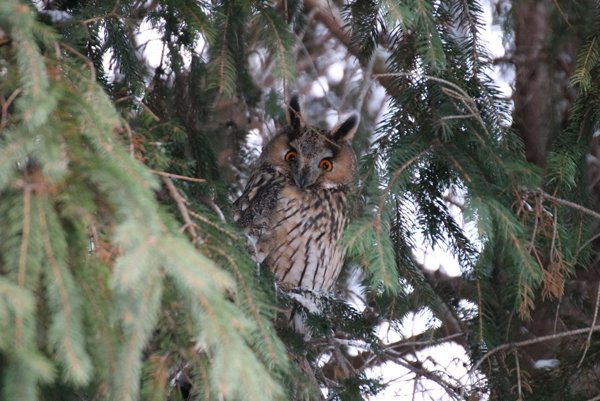 During the winter the Slovak public was included in counting long-eared owls. Alongside ornithologists, they counted 792 long-eared owls overwintering in 65 places.

“We regularly monitor their occurrence and note important information about location, the number of overwintering long-eared owls and disturbing factors in the environment,” explained Tomáš Veselovský from Raptor Protection in Slovakia.

The long-eared owl is an owl with orange eyes and feathers on the head resembling ears. It is a species of owl which is observable from October to March near human residences. During the winter, long-eared owls gather in flocks and during the day they rest nearby parks, schools, cemeteries and gardens. Their flocks are now slowly dividing as the season of nesting begins. The males woo females and show acrobatic feats, added Tomáš Veselovský.

The counting of long-eared owls at overwintering places has been implemented by Raptor Protection in Slovakia since 1992.

“More than half of the information for this season was gained by cooperation with the public. The biggest number of long-eared owls overwintered in Hurbanovo and Kolárovo, approximately 50 owls,” said Veselovský.

“On the contrary, last season a smaller number of locations of overwintering owls was counted. Their numbers are influenced by several factors, such as weather conditions and availability of food, mainly voles,” explained Veselovský. In the 2015/2016 season, 1,353 long-eared owls were counted in 53 places.

The biggest overwintering place of long-eared owls is in Serbia, Kikinda. Ornithologists counted almost 700 owls during one day in the city centre. 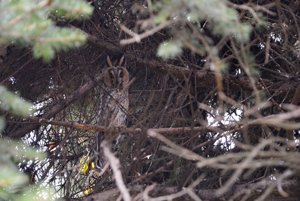 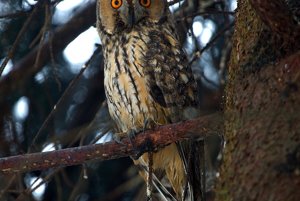 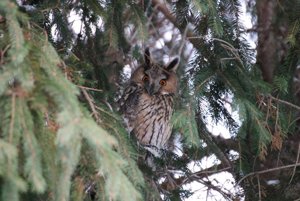