The track might be put into operation within two years. 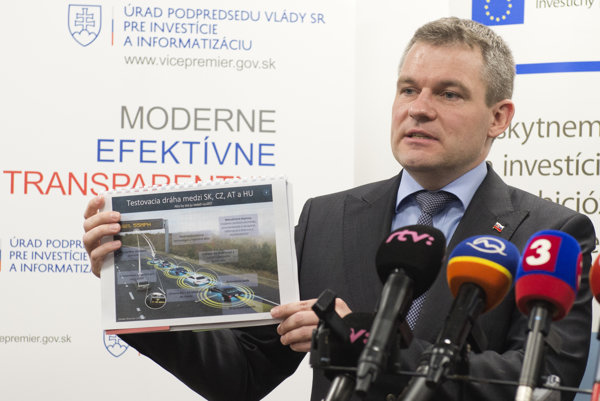 Slovakia is interested in building a test track for autonomous or self-driving vehicles on the highway between Bratislava and the Czech city of Brno. Deputy Prime Minister for Investment and Computerization Peter Pellegrini and European Commission Vice-President Maroš Šefčovič discussed the form of the planned project on March 20 with representatives of the IT sector, telecom operators, as well as representatives of technical universities.

“We are responding to the European initiative where there is increased talk about the need to more intensively work on such projects as self-driving cars or cars that communicate with each other while driving and share their information,” said Pellegrini as cited by the SITA newwire.

He added that Slovakia would like to be a leader in this project of a cross-border test track. The parties involved discussed how they could prepare such a project in Slovakia, where to get funding for it, and bring it in practice as soon as possible.

“We agreed on the establishment of a Slovak alliance because in Europe an alliance already exists between the automotive and the telecommunications sectors,” said Pellegrini. “We will expand the local one that we are going to setup in the coming weeks, to extend the alliance between academia and the IT sector, because we see the synergy of all four segments.”

The Brno-Bratislava highway is to be used for the test track in order that the testing can be carried out in real time and real space. Pellegrini also explained that to launch the project it is necessary to cover the highway with cutting-edge technologies. The test track might be put into operation within two years.

Participants of the project should define in a short period of time what the track should contain and how much it would cost. Part of the project might be financed from the automotive industry while another portion might be covered by telecommunication operators. The state may apply also for money from the EU.

"It is a competition between countries," said Pellegrini. "Some test tracks have already been introduced in certain countries, but the map [of roads with test tracks] is still relatively thin. So, I firmly believe that Slovakia will be another such spot on the map within the EU.