The submitters point to the allegiance to neo-Nacism; but ĽSNS MP Milan Uhrík sees no reason for submitting the complaint. 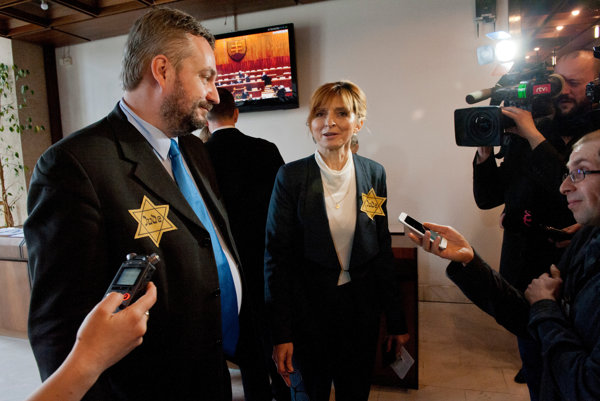 The MP for the far-right People’s Party – Our Slovakia (ĽSNS) Milan Uhrík, may be prosecuted for his statements voiced during the political talk show O 5 Minút 12 (Five to Twelve) broadcast by the public-service RTVS on March 26.

Uhrík, however, does not see any reason for the complaint.

During the talk show, SaS MP Ľubomír Galko called on Uhrík to comment on the racist and fascist statements of other ĽSNS deputies and distance himself from them.

“Those statements are not the official programme of the party, so yes, we distance ourselves from them,” Uhrík said, as quoted by SITA.

He added however, that he liked a particular one, pointing to the need to secure the future of white children.

“I don’t see anything bad in that,” Uhrík said, as quoted by SITA. “Consider me racist but I think that yes, we should also secure the future of white children, not only the other ones.” 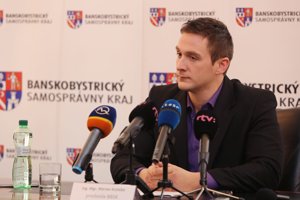 Štasselová in this respect recalled the statement, “we must secure the existence of our people and a future for white children” which is a well-known statement of racists and neo-Nazis.

“The author of this sentence is American racist David Lane,” Štasselová said, as quoted by SITA, adding that the sentence has 14 words. This figure is often used as a neo-Nazi symbol, together with 88, which refers to the Nazi greeting.

Uhrík did not distance himself from this well-known neo-Nazi statement during the talk show; he rather claimed allegiance to it, said Petrovič.

The politicians also say that ĽSNS chair Marian Kotleba has recently distributed cheques amounting to €1,488 to three families. Since there is a suspicion that the party claimed allegiance to the neo-Nazi symbol, the Special Prosecutor’s Office launched an investigation into the case, SITA reported.

Dostál meanwhile reminded people of the anniversary of the first transport of Jewish girls and young women to the death camp at Auschwitz, which took place on the same weekend as Uhrík discussed his views on the RTVS’ talk show.

Uhrík, however, sees no reason for submitting the complaint against him. The statement is about protecting someone, not hurting them, he claimed, as reported by SITA.