Out of the 144 MPs present,129 voted in favour of the resolution that cancels the controversial amnesties from the 1990s. Now it is the turn of the Constitutional Court to decide. 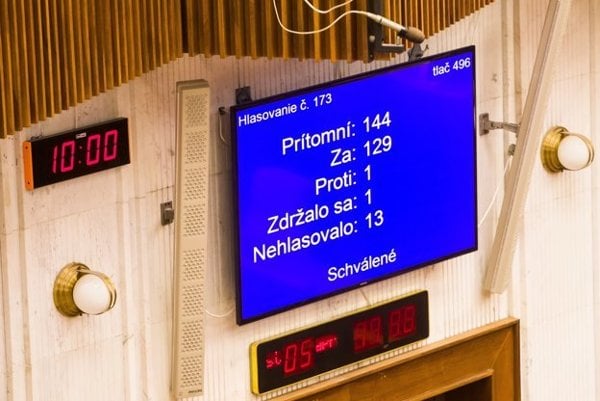 129 out of the 144 MPs present, voted in favour of the motion to scrap the amnesties on April 5. Top politicians of the ruling coalition and government ministers, including Prime Minister Robert Fico, were present in the parliament and applauded when the vote count appeared on the screen. Only one MP, Natália Grausová of the extremist ĽSNS voted against, her colleagues from the extremist caucus abstaining from the vote. One MP, independent Peter Marček, refrained from voting. Two SNS MPs, Anton Hrnko and Eva Antošová, and four Smer MPs, Ján Podmanický, Miroslav Číž, Robert Madej, and Dušan Muňko, did not attend the vote.

“The fight for the cancellation of Mečiar’s amnesties has started the healing process of the democratic Slovakia,” Ján Budaj, deputy for the opposition OĽaNO and one of the protagonists of the 1989 revolution in Slovakia, said in parliament on this day. He believes the end of the immoral amnesties brings a new hope for the country.

The blanket amnesties that Vladimír Mečiar granted to cover all crimes linked with the abduction of the president’s son in 1995 and the murder of Róbert Remiáš in 1996, have been in place for 19 years.

The vote on the amnesties was preceded by a change to the Slovak Constitution, as proposed by the ruling coalition. On March 30, the majority of 124 MPs passed the amendment that allows the parliament to cancel the Mečiar amnesties and one pardon granted by the late president Michal Kováč, to his son.

The opposition originally demanded that all the pardons in the Technopol case, which also include the one for Kováč Jr, be scrapped. But even though the coalition did not include its proposed five changes in the draft, most of the opposition MPs finally decided to support the constitutional amendment that granted the powers to parliament to revoke presidential pardons and amnesties if they are in discrepancy with the principles of the democratic rule of law. 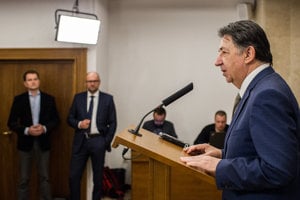 Under the amendment to the constitution, any revocation of amnesties or pardons must be evaluated within 60 days by the Constitutional Court, which will be tasked with either confirming or rejecting the parliamentary decision.

“I am convinced that the Constitutional Court will confirm the cancellation of the Mečiar amnesties, and that one pardon of President Kováč,” said leader of Most-Híd, Béla Bugár, prior to the parliamentary vote. His party is the only one among the coalition that has consistently been in favour of cancelling the amnesties in the long run.

Most-Híd MP, Peter Kresák, a known constitutional lawyer, will represent the parliament in front of the Constitutional Court. Talking to the Sme daily, he admitted the defence might also object to some judges taking part in the process. This could be for instance Judge Peter Brňák who in the past served as the MP for HZDS and previously labelled the efforts to scrap amnesties as “frying snowballs”, Sme wrote.