Parliament turned down the bill proposing a ban on the building of mosques, filed by an opposition MP. 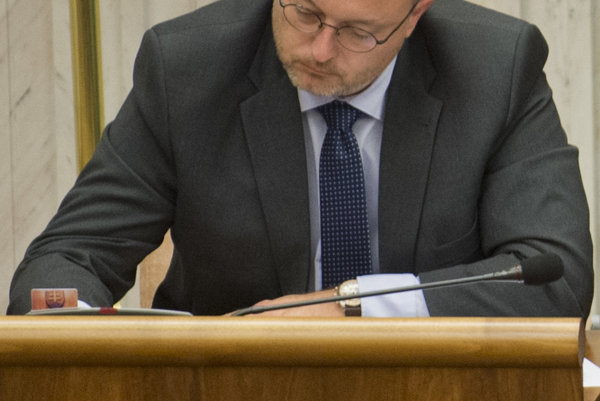 Although Slovakia is the only European-Union country without an official mosque, opposition MP Milan Krajniak (of the Sme Rodina party) sought to amend the Construction Act and the Act on Churches, rejecting criticism that his efforts to ban the construction of mosques in Slovakia would work only to incite hatred. The parliament refused it at its session on April 5.

“We're trying to address security threats,” he stressed during the debate in parliament, as cited by the TASR newswire.

Krajniak described criticism from fellow MPs as “prattling” and denied that he was trying to interfere in people's faith. “Mosques serve as recruitment centres for Islamic terrorists,” he noted. “And we cannot differentiate between radical and moderate ones or those that are moderate today only to become radicalised tomorrow.”

The MP also dismissed the line of reasoning of OĽaNO-NOVA leader, Igor Matovič, that passing the bill would put Slovakia in the crosshairs of a potential terrorist attack. Krajniak pointed to Islamist terrorists attacking the World Trade Center in New York, the attacks in Madrid, in London and more recently in Paris, Brussels, and Berlin, suggesting that terrorism is coming closer to Slovakia. He also warned that the Austrian police announced that they had thwarted a terrorist attack on Vienna's metro system on January 21, 2017.

“How do we want to prevent the threat of such attacks? We need to prevent the creation of recruitment centres for radical Islam, and those are the mosques,” the MP argued, as cited by TASR.

He suggested that the current legislation be amended by defining a religious building – as a construction meant for practicing religious faith and organising mass cultural and religious events and services, the SITA newswire wrote. Krajniak also wanted it put into law that the Construction Office be obliged to ask the Culture Ministry for a binding stance on a religion that is not registered in Slovakia.

MPs also did not support his draft bill amending the act on religious freedom – meaning that the Culture Ministry would have to ask the SIS intelligence service to evaluate any security risks before registering a new religion.