Bad weather at the end of April destroyed roads and caused several problems. 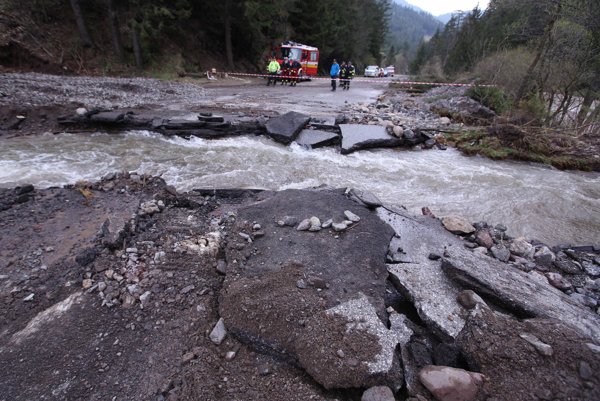 The end of April brought intense rain to Slovakia. The river levels increased and in many regions, mainly in the north of Slovakia, floods caused problems for local inhabitants. 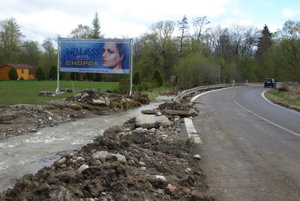 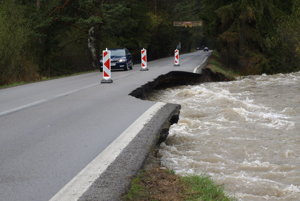 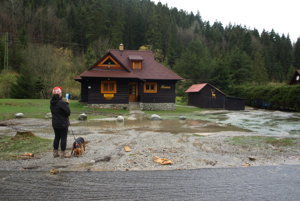 The floods took a death toll of three. On Friday, April 28, in Hvozdnica near Bytča a 56-year-old man was discovered in a local brook. Rescuers were not able to revive him.

Also on Friday, in Ochodnica village near Kysucké Nové Mesto, two men in a car tried to cross a flooded stream. The water swept the car away. The 40-year-old man was saved but unfortunately the body of the 59-year-old was found the following morning with no signs of life. 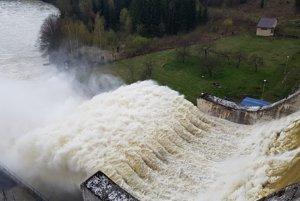 The last victim was a 45-year-old Pole who was rafting with a group of friends in Kráľová Lehota on the Váh river. The man fell into the water near Liptovská Porúbka and rescuers did not succeed in retrieving his body from the water until he reached Liptovský Hrádok, as the portal tvnoviny.sk informed.

The centre of Čadca also faced a critical situation when the surface of the Kysuca exceeded two metres. The problems mainly affected drivers who were travelling under the railway flyover near the hypermarket.

The inhabitants of Svrčinovec had a different problem when their local watercourse became diverted.

“At first, we had problems with sewage contamination and later the fouled water flooded the road and the fields,” said mayor Renáta Majchráková, as quoted by nasekysuce.sk.

In the Liptov region the Demänovka river washed out part of the road and flooded several houses in the Demänovská valley. Several villages in Liptov were fighting with flooded roads and high river levels which endangered their homes. The road was closed for about a day.