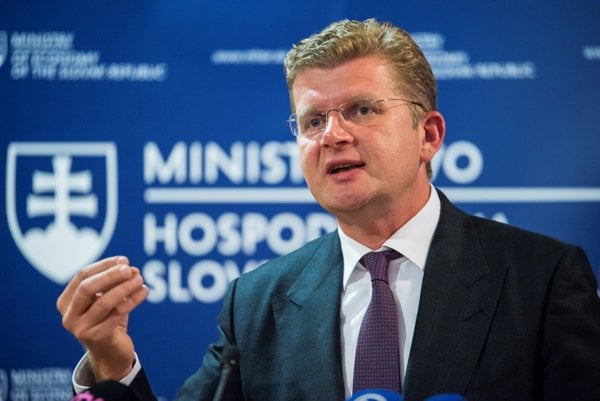 After Prime Minister Robert Fico’s May 1 fanfare announcement of new social measures, which he said were designed to ensure ordinary people enjoy Slovakia’s economic growth but which also hiked costs for employers and entrepreneurs, Economy Minister Peter Žiga has attempted to soften the blow with a package of measures which is supposed to reduce red tape and simplify business.

“The package includes 34 measures that should reduce costs for businesses by €44 million and will apply to all businessmen,” Economy Minister Peter Žiga, a nominee of Fico’s Smer party, told a news conference on May 4, as quoted by the TASR newswire.

Unlike Fico’s surprise package, the Economy Ministry’s measures were part of the cabinet’s plan for its four-year term. 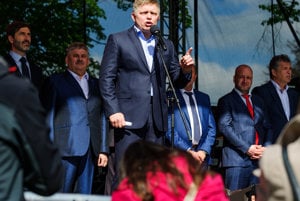 The business sector has welcomed the proposed measures as a first step, but says that more could be done to improve the business environment.

“We welcome this initiative, as it is certainly a step in the right direction,” said Peter Kremský, executive director of the Business Alliance of Slovakia (PAS), in response to the package. “It might be good to meet at least once every two months to propose further measures and comment on the existing steps. This could move the business environment forward.”

The Federation of Employers’ Associations (AZZZ) is positive too, saying that it welcomes any proposal to improve the business environment. But it adds that it would also welcome measures related to income and payroll taxes, improvements to the enforceability of laws, and a more flexible Labour Code.

“These fields have been in a bad condition for several years and are being addressed only partially and sporadically,” said AZZZ spokesperson Miriam Špániková, as quoted by TASR. “The existing condition of the business environment is far from satisfactory.”

To reverse what it regards as the trend towards a deteriorating business environment, the AZZZ says the government needs to ponder very carefully each measure it is going to adapt.

“We must not be diverted [from this course] by the improving economic outlook of Slovakia,” said Špániková.

Žiga stressed that the main goal of these measures is to create a stable environment in which businessmen are able to operate without any useless bureaucracy.

The package is the first to be promised by the Economy Ministry. A second should follow during the first quarter of 2018, and a third eight months later.

Žiga said that the draft measures are the result of wide consensus among central state administration authorities, institutions and business representatives.

The measures have been divided into five groups. They concern public administration services, increasing competitiveness, hiring of employees, as well as tax and business support.

The package contains a measure aimed at revising health supervision through occupational health services for employees.

Another measure is to increase the so-called super-deduction of expenditure on research and development to 100 percent.

“Today it amounts to 25 percent, and a proposal that has been discussed with our partners is that it should equal 100 percent of these expenditures,” said the state secretary (i.e. deputy minister), Rastislav Chovanec. “Just this particular measure should have a positive impact on the business environment amounting to €7 million in tax savings.”

The next measure introduces the monitoring of changes to letters of ownership in the real estate cadastre.

“Within the political remit of the Economy Ministry, we consider the package to be a positive list,” Martin Vlachynský, INESS think tank analyst, told The Slovak Spectator. “It identifies several [existing] problematic measures and offers tangible solutions. At question are not big revolutions, but the fight against ‘tiny’ bureaucracy is also needed.”

But Vlachynský points out that, upon closer examination, it can be seen that several existing measures which the ministry now proposes to scrap were in fact adopted only recently.

Out of the proposed measures, INESS perceives especially positively measures removing the threat of often meaningless fines for businesspersons for errors they cannot affect, especially in the field of employment. These include, for example deadlines for deregistering employees from the social security provider Sociálna Poisťovňa, co-responsibility for illegal work, fines for statements of employees, and so on.

On the other hand, INESS is sceptical about measures that create selective conditions. Here it includes, for example, the so-called super-deduction of expenditure on research and development.

INESS also believes that the Economy Ministry could have been braver when preparing this first package.

“Improvement of the business environment is not a one-off, but a permanent process,” said Vlachynský. “Certainly, there remains extensive room for further improvement. The ministry has promised two more packages at least. But we could envision greater intensity in their preparation and implementation in practice.”

Also, the Business Alliance of Slovakia, which cooperated with the ministry on the package, sees the proposed measures as just the beginning.

“We appreciate the dialogue with the ministry, but it is necessary to go on and go deeper,” Kremský told the Slovak Spectator.

This package of business-related measure arrives simultaneously with Prime Minster Fico’s social package. The latter should, based on preliminary calculations, increase labour costs for employers by 3 percent. Entrepreneurs are demanding compensation for this increase. They also point out that a proper analysis of the impacts of Fico’s package, as on previous occasions, is lacking and that there is actually no social dialogue when decisions – for example about the minimum wage, which Fico proposes to increase next year to almost €500 per month – are made for political reasons, and without tripartite agreement.

Representatives of the business sector say they do not regard the Economy Ministry’s package as adequate compensation for the proposed social package, and see the proposed measures as somewhat cosmetic.

“The government could adopt ten times more measures like this and we would still would feel that there was too much red tape,” said Luboš Sirota, vice-president of the Republican Union of Employers (RÚZ), during a TV discussion.