Prime Minister Robert Fico sees the violation of human rights in the last regime as a big mistake but pointed to values created by people. 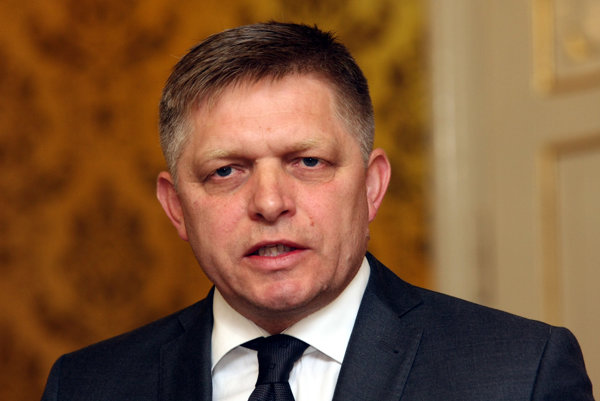 Prime Minister Robert Fico (Smer-SD) will never let himself be forced into calling the period before 1989 a black hole, he said in Parliament, adding that the violation of human rights was a big mistake but people created a lot of value.

“Should I spit on people’s faces? Should I tell a pensioner he has not done anything and that he should be ashamed for the regime he lived in? I’m talking about the value that was created, which you could distribute to the West for a crown,” Fico answered to a question raised by opposition MP Ondrej Dostál (Freedom and Solidarity/SaS), as quoted by the TASR newswire.

Dostál asked the PM as part of the Parliament's Question Time about his position in the socialist regime. Fico said on May 1 in Nitra that he is not one of those people who claim that “there was a black hole here before 1989”. 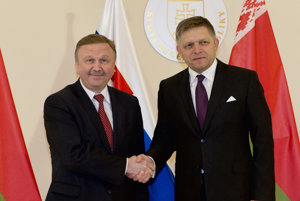 Dostál requested an answer from him as to what the main cause was that prevented Slovakia from developing like other countries in the democratic West, after WWII.

Fico said that he cannot be blamed for the after-war arrangement of Europe.

“Maybe I would like to have had an influence in it, however, what happened after 1945 was out of my control,” stated Fico as quoted by TASR, adding that the past is assessed by historians and that this period has already become a part of secondary-school textbooks.

“A black-and-white vision of the world seems to be not very helpful in our efforts to understand history,” assumes Fico for TASR, adding that both groups, those glorifying, as well as those execrating the regime before 1989, are extreme.

Fico explained that when saying he does not see a black hole here before 1989, he means in respect to work and the generations of people who are pensioners today and added that if this was not the truth, there would have been nothing to privatise in Slovakia. 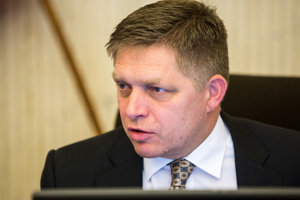 Meanwhile, Dostál is of the opinion that society should not relativize the crimes of fascism and communism but take a clear stance on totalitarian regimes.

“What would you tell a person who does not perceive the wartime Slovak state as a black hole but as a time when people worked too?” asked Dostál, as TASR informed.

Fico told Dostál he is an extremist in his opinions. The PM believes that reasonable people draw a lesson from positive things and refute and condemn the negative ones.