These are the hoaxes that appeared on the internet in Slovakia over the past two weeks. 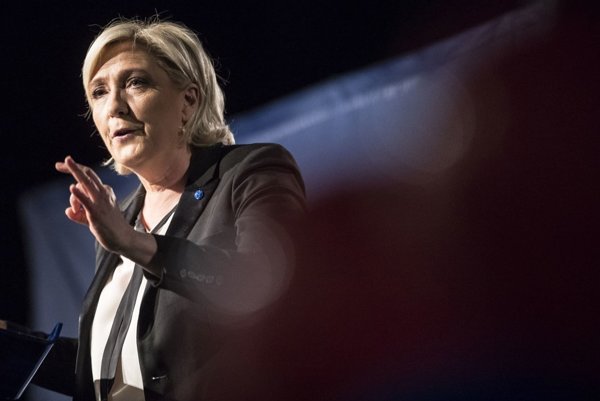 The times of the US dollar as the international reserve currency are coming to an end. The US economy will suffer a blow soon, since Russia is going back to the gold standard or will start ignoring the dollar in cooperation with China and will launch a new global currency.

This is a hoax that “alternative” media have been spreading recently, often with the title “The genial move of Putin”. Such articles are problematic at least in two points. Most importantly, the position of the US dollar as the international reserve currency is not determined by agreements between countries, but it is about the trust of individuals, companies, and states in individual currencies.

Juraj Karpiš from the INESS economic think tank says that the current position of the dollar as the international reserve currency does not seem to be threatened.

“Every global reserve currency ends at some point,” he explained. “But this process takes decades rather than years and it depends on how the economic balance is shifting around the world.”

The euro originally had the ambition to be an alternative to the USD, but “lost the trust of the international community after its existential problems”, Karpiš said.

Russia and China would only be able to compete with the dollar if they had a currency that investors and businesses trust more than they do the American one.

If you want to imagine the current trust of investors in different currencies, just try to think if you would prefer to deposit your own savings in dollars or in rubles.

The articles that predict the end of the dollar also problematically claim that the American economy would fail if Russia and China abandoned the dollar. But Karpiš explains that the US do not depend on the position of the dollar as the international reserve currency.

The results of the French media election generated a number of hoaxes that also resonated on the local dis-information channels. Several theories appeared, such as that the results have been manipulated because they correspond with the pre-election polls.

The Czech magazine Protiproud that works as part of the Parlamentni Listy website compared the Brexit vote, the American presidential election and the recent French election and noticed that while in the US and in the UK the polling agencies were unable to predict the results of the votes, the estimates were quite exact in France.

The conspiracy theorists thus conclude that the results were agreed upon in advance. Protiproud also alleges that the fact that Marine Le Pen immediately admitted defeat is just another proof that the elections were manipulated.

The author of the article, Petr Hajek, lists the “consequences” and claims that this model will also spread to other EU countries as soon as the EU becomes a federation.

The internet was also full of picture of Macron quoted as saying that “French culture does not exist”. That sentence is manipulatively taken out of context. Macron in fact said that there is not a single French culture, but that culture in France is varied.

The conspirators also noticed that Macron celebrated in front of the Louvre, near the glass pyramid. A pyramid is often used as a symbol of the freemasons so “it is clear” that Macron must be a freemason.

Even Le Pen, who as a favourite among the pro-Russian propaganda and hoaxers before the election, was described as a Zionist after the election. This should be proved by the fact that as an MEP she was a member of the delegation for relations with Israel.

Also the Slovak Facebook site of Slovak Togetherness, a former party of Marian Kotleba, posted such a video. The Czech Protiproud wrote that Le Pen only played the role of a puppet in an election that was orchestrated in advance.

Despite their shortcomings in logic and missing evidence, these articles get hundreds of views and likes on Facebook. The “alternative” media often argue that it might not be the truth, but it could be.

A conspiracy theory lacks logic because it automatically brings an explanation that is much more complicated. If the elections were a conspiracy, it would have to involve both final candidates, polling agencies, election officers, journalists… Such a hypothesis, to say the least, violates the logic of the so-called Occam’s razor rule that tells us that the simpler explanation is usually better.

Muslims celebrating a terrorist attack is a hoax

A crowd of “moderate” Muslims are celebrating a terrorist attack in Paris. This is the caption to a video that started circulating on social networks again after the shooting in Paris. The video is alleged to show European muslims celebrating a terrorist attack. But the Gizmodo noticed that the video has been resurfacing for several years already.

It is the same video that was circulating on social networks after the 2015 Paris attacks, with a similar caption. More than half a million people viewed the video back then. Afterwards Facebook and Youtube withdrew it.

In fact, the video was shot in 2009 and according to The Independent it shows Pakistanis living in th e UK celebrating a victory in a cricket match in London.

Videos quickly go viral on social networks and their veracity is harder to check than it is for texts or pictures. Sometimes all that it takes is to take an usual news video and use it with a misleading caption. That is what the Czech website Parlamentni Listy did when they published an old video from the protest of taxi drivers in Paris, with the caption “This is Paris”.