A girl from the UK who first spoofed the Slovak cyclist got to talk with him in California. 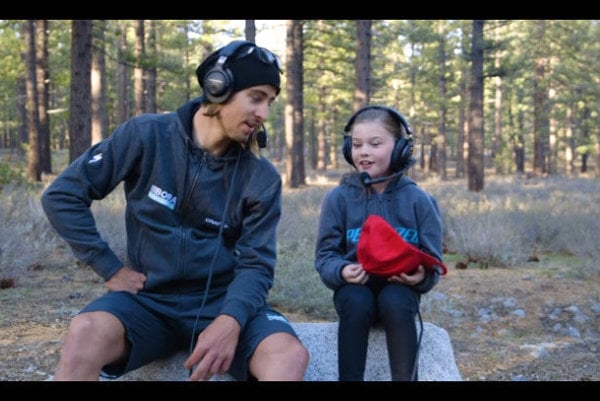 “I was a bit tired after a long ride this evening... Luckily I got a tip from Peter Sagan,” wrote eight-year-old Ruby Isaac under a video published on Twitter, showing her eating a handful of gummy bears.

She was, in fact, mimicking Slovak cyclist Peter Sagan who did the same after the Kuurne – Brusel – Kuurne race in late February. The video has become a hit on the internet, and Sagan himself reacted to it, the Denník N daily reported.

Two months later, she met with him in the forest in California where she interviewed him shortly before the start of the Tour of California cycling race, which kicked off on May 14. She was addressed by the company Specialized which sponsors the Slovak cyclist.

“I was thinking about doing some sports, soccer, or to be an actor,” Sagan said in the interview when answering one of the questions.

Sagan, meanwhile, ended second after the first round on the Tour of California.