Slovak fitness successful across most categories

Slovak athletes won 8 gold medals, 1 silver and 3 bronze at the European championship in bodybuilding and fitness 2017. 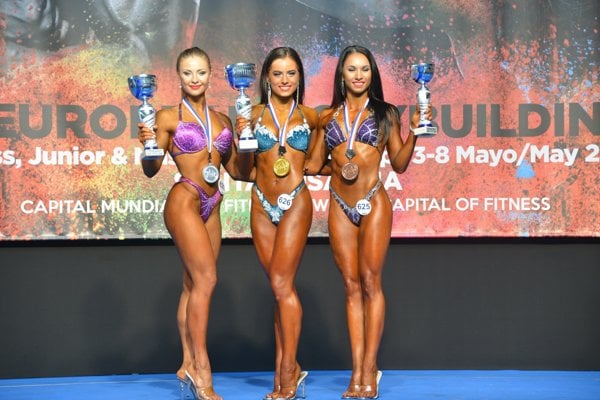 A team of 48 athletes from Slovakia attended the European championship for bodybuilding and fitness, IFBB, held in Santa Susanna, Spain on May 4-8, 2017. They won 14 medals altogether in the competition which was attended by almost 1,000 sportsmen from 44 countries.

The Slovaks were most successful in the women’s fitness discipline. In the first round, the competitors performed a routine which had to include elements that manifest strength, joint flexibility, acrobatics and also dancing or elements of the performing arts. In the second round the judges assessed their physique, with proportional development and muscle definition. There are two height classes, up to 163 cm and over 163 cm, and two categories, junior for competitors up to 23 years old and a women’ s category. A competitor who meets the age criteria can participate in both categories, which was the case of several Slovak competitors. 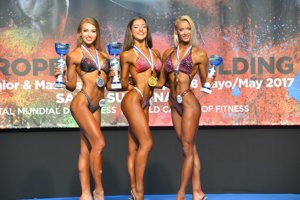 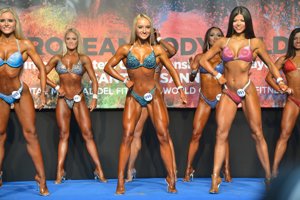 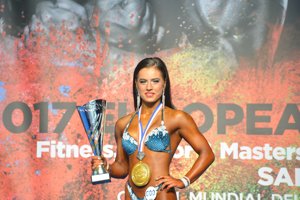 Slovak women were also successful in other disciplines. Andrea Joszayová won the junior title in bodyfitness, where only the physique is judged, without the routine. Silvia Fialková took the second place in the same category. Alžbeta Peťková became the champion in the class up to 158 cm in women's bodyfitness.

Zuzana Kardošová won the gold in the junior bikini fitness up to 160 cm. Compared to bodyfitness, bikini fitness competitors have less muscle mass and the focus is primarily on aesthetic and proportional physique. In the women's bikini category, Andrea Neumannová took 3rd place in the up to 164 cm class. Bikini fitness had eight height classes because the popularity of this category attracts a high number of competitors. The women’s physique category, on the other hand, is characterised by developed muscle mass and the competitors are judged in poses similar to the men’s bodybuilding.

Men competed in the categories of bodybuilding, classical bodybuilding (where the weight of the competitors must be in proportion to their height), men’s fitness and men’s physique. Our most successful competitor was Marek Leder, who won the gold medal in bodybuilding in the masters category from 40 to 44 years old up to 80 kg.

In overall rankings, Slovakia finished first in the junior categories and third in fitness. Apart from the medallists, Slovak athletes earned ten more placements in the top six, which shows a potential for the future.