The stop in the Slovak capital of the famous band was part of their Global Spirit Tour, promoting the latest album. 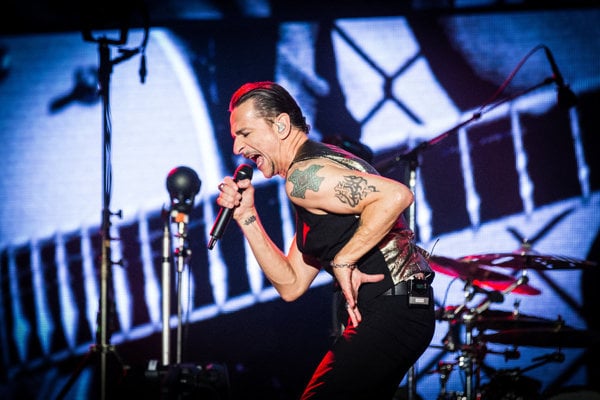 On their fifth visit to Bratislava, Dave Gahan, Martin Gore and Andy Fletcher of Depeche Mode opened at the packed Pasienky stadium with the song Going Backwards from their Spirit album. Just as during their gig in 2009, heavy rain started to pour.

Lead singer Dave Gahan called on people to leave the place, the Sme daily wrote, as a hurricane was coming – but as it was a joke, not many people obliged. Eight years ago, the rain did not spoil the party, either, despite it being impossible to hide from the pouring water in an open place. 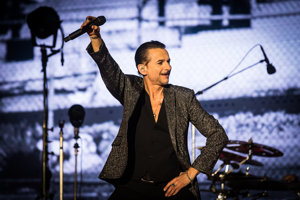 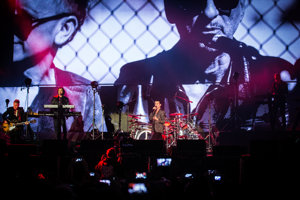 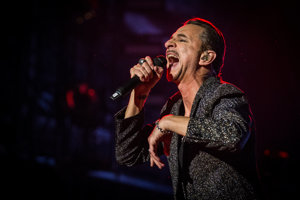 The concert had several strong moments, like the political ideas of the recent album stressed by the overture, the song Revolution by Beatles, or sophisticated use of light effects – rather stressing a different visual atmosphere for every piece, with some even having their own video.

Most Depeche Mode songs were written by the guitarist, Martin Gore. He even sings several ballads himself, which usually means a tender break in a programme full of dark rock and electronics. This time, the downpour culminated when he sang one of them, Home.

Back in 1980, Gahan was noticed by Vince Clarke while singing David Bowie's song Heroes, and invited to a new band. Heroes was among the last songs of the Bratislava concert, with a black flag flying on a screen behind the band, commemorating the deceased author of this song, Sme wrote, who is one of Gahan's own heroes.

Despite Gore having written most Depeche Mode hits, there is no doubt who is the band’s leader: Gahan again let his charisma play, and he made the crowd sing the chorus of Enjoy the Silence shortly before parting.