The upper part of the castle is accessible again, after almost nine year of reconstruction. 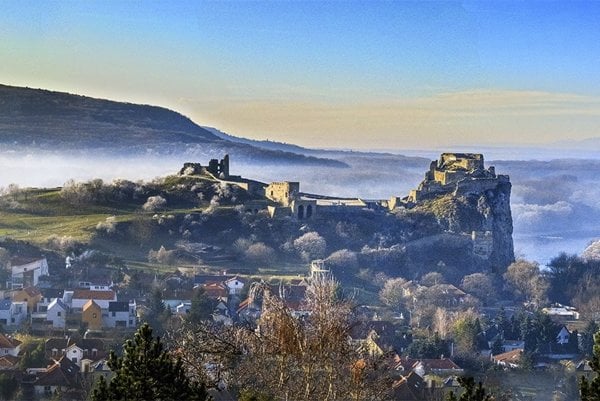 The Devín Castle, perched on a rocky cliff at the confluence of the Danube and Morava Rivers, is one of the oldest castles in Slovakia and one of its best known. Its perfect strategic location has attracted settlers since prehistoric times, and it has played an important role in the country’s military and cultural development.

It remains a vivid symbol of Slovakia’s history. The first written record of Devín dates to 864, when a place named Dowina is mentioned in documents as belonging to a Fulda monastery. At that time it was a border fortress and one of the political and administrative centres of the Great Moravian Empire.

However, the oldest artefacts found on the site date from the Stone Age, when the cliff was settled by various tribes. The Celts arrived and settled in the region in the 1st century AD, followed by the Romans. Some ruins of Roman buildings have been found here.

After the fall of the Great Moravian Empire, the owners of the castle changed frequently and each gradually developed and extended it. In the 15th century the castle became the property of the Garay family, who built a palace inside the fortifications and modernised the surrounding walls. Between 1527 and 1605, it was home to the Báthorys, who built a new palace wing in the area of the middle castle and who transformed the whole complex into the Renaissance style.

The castle then became the property of the Pálffys, who were the last noble family to occupy it. Devín was no longer used as a residence from the 18th century, and subsequently it began to deteriorate. Its decline was complete in 1809 when Napoleonic armies besieged it, and blew up large portions.

As the Slovak nation gradually came into being in the first half of the 19th century, however, the Devín Castle became a symbol of the national awakening, and some of its fame was restored. Various sensitive reconstruction projects throughout the 20th century have helped to offer the contemporary visitor a sense of the place’s former majesty. 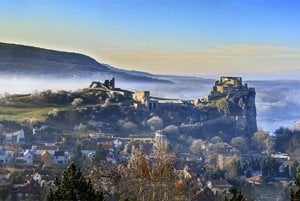 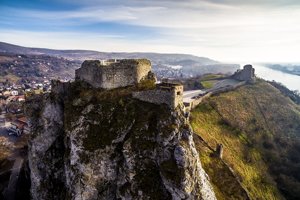 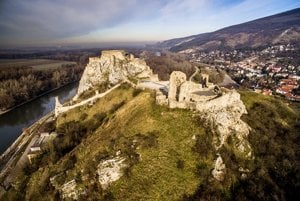 When visiting the castle ruins nowadays, visitors can see pieces of preserved Roman architecture plus remains of the Báthory and Garay palaces. The gothic tower palace also peaks above the whole castle area, which is still circled by fortification walls. Visitors can see the remains of the Great Moravian church from the 9th century, and although only its foundations marked by stones can be seen nowadays, there is a model depicting how the rectangular church with a trefoil apse may have looked.

The whole area offers an excellent view over the Danube and into Austria. Devín’s most iconic feature is the so-called Virgin Tower, a small late Renaissance tower at the castle’s extremity, jutting out over the river path. It is the setting for numerous myths and legends, some of which are detailed in the museum about the castle’s history that can be found in its best preserved parts.

There is also information about how Devín conquered water leaking into the place which is common in buildings of its age. A 55m-deep well, probably built by the Garays, can still be seen in the castle grounds.

Watch a video about Devín castle, which was prepared as a part of project Cultural Heritage to promote renewal and preservation of cultural and historical heritage in Slovakia, through the EEA and Norwegian Funds.