According to the unofficial reports, it seems that after a dispute, one man shot his opponent and then committed suicide. 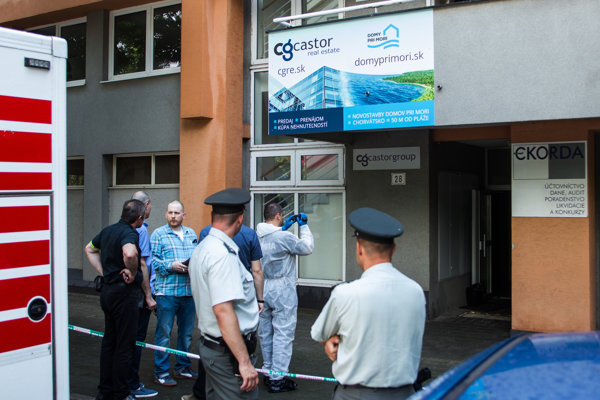 The site of the shooting in Ružinov (Source: Sme - Jozef Jakubčo)
Font size:A-|A+

A man first shot down the owner of a real-estate agency in a multi-functional building, before turning the gun against himself, the Sme daily wrote.

One of the men killed was a man, aged 60, who seemed to be injured in the head and whom the rescuers tried to save, the spokesman of the Operation Centre of the Medical Rescue Service informed the TASR newswire on May 31.

The shooting took place around 12:45 in Komárnická Street in the borough of Ružinov, police informed.

“The man died of his head injuries, despite all efforts of the rescuers,” Chmel said, adding that three ambulances arrived on the crime site.