First time in Bratislava? This can help you find your way

The city is easy to navigate for English-speakers, but knowing a few key phrases in Slovak will help. 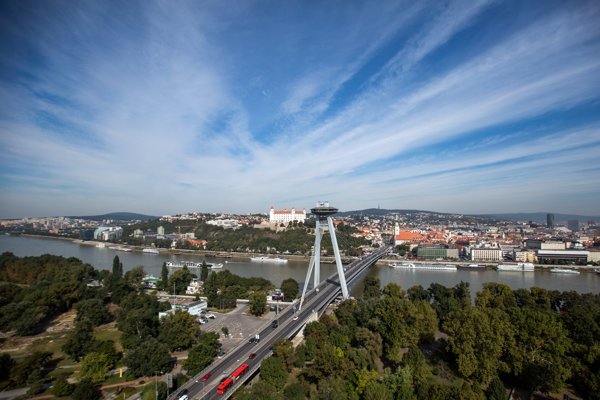 Bratislava’s main train station, Hlavná Stanica, has a reputation for being chaotic, which is not helpful in making a good first impression of the city. Once a visitor reaches Old Town, the charm of the cobbled streets and outdoor restaurants makes the city feel cosy and friendly.

The only problem is getting there.

We decided to test the route that a visitor would take from the perspective of someone with full knowledge of English, a few phrases of Slovak, and no clue of the city.

Our team consisted of one native-English speaker and one native-Slovak speaker. We conducted the mini experiment without a map or cell phone, relying only on public transportation instructions and the advice of locals to get from the train station to the city centre.

How to handle Bratislava’s train station 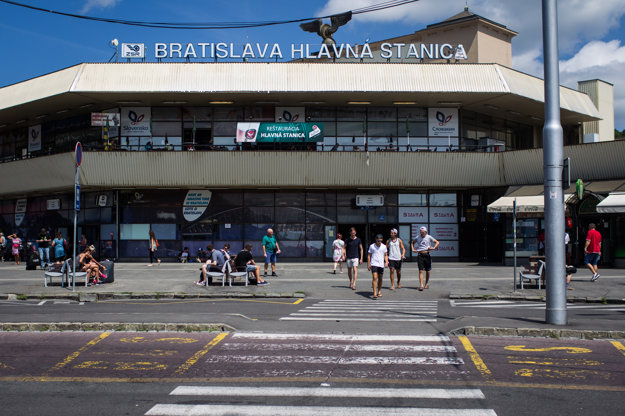 On walking through the doors of the train station, our first idea of how to get to city centre was to head for the trolleybus stop immediately in front of us. We

When buying a ticket for travel within Bratislava, only the time validity is important. You can change buses, trams, and trolleybuses without limit within the time frame of the 60-minute ticket. The times correspond to the displayed scheduled duration, so time spent in traffic will not affect it.

Be sure to validate your ticket immediately upon entering the bus, tram, or trolleybus. Fines for expired or unvalidated tickets can cost you over €50.

found English instructions on the ticket kiosk explaining that we could pay with coins or by card for a one-way ticket. The ticket prices were accompanied by the amount of time that they were valid, and the instructions for stamping the tickets on the trolleybus were posted in English on the side of the kiosk.

But not everything was clear. We could not readily find the meaning of the “zones” for the tickets’ validity, and even the instructions that we did find were nearly hidden. After approaching a few people with questions, we realised that the trolley buses leaving the station actually go in the opposite direction of the city centre. The tram, we were told, will take us to the city centre.

While the trolleybuses seemed easy to use, the names of the stops did not correspond to a map. Had we not been redirected to the tram connection on the other side of the train entrance, we may have ended up at the parks or forests on the edge of Bratislava, like Železná Studienka. 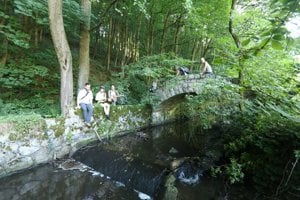 Even if we had not found a local to help us, we could have visited the information windows inside the station. Although most of the people working on the day of our experiment spoke only Slovak, we were easily directed to one representative who could answer all of our questions in English.

Back-tracking toward the train station, we soon found signs pointing down the stairs to the tram connection, which has maps and directions in English as well as German. We even checked the route that we planned with a teenager waiting nearby, and he recommended taking tram number 1 to the Šafárikovo Námestie stop.

On the tram we were able to look for the notice of our stop on a digital sign and listen for a recorded voice announcing the stops in English. When we got off at Šafárikovo Nam, we saw a map and tourist instructions in English. We imagined there could be more information, though, that a traveler in the Old Town might want to quickly find.

“Are there any ATMs nearby?” we asked a few passersby. One person tried speaking to us in English but eventually reverted to Slovak as she pointed in the

When in town, stop by a tourist information centre for free maps and for information about events and accommodation.

direction we should walk. We continued until we came across the usual reliable post - the person working the coffee kiosk.

Since we were approaching Old Town-proper, we knew we were likely to encounter more English speakers. Plus, shopkeepers and waiters are used to giving instructions to tourists - even if they sometimes to do so with a laugh. From here we found the closest ATM, about 200 metres from our tram stop. 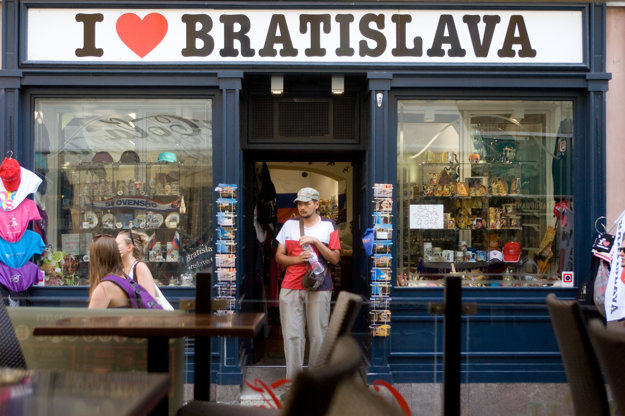 Asking about the Bratislava airport

Everything had been easy to find until that point, so we thought that we might try asking something that cannot be answered with a street sign. To add another

Purchase a 60-minute ticket for zones 100+101 to get to the airport from the train station or city centre.

From the train station, take bus 61 toward Letisko. From the city centre, take tram 4 to Trnavské Mýto and change to bus 61 to reach the airport.

variable to our experiment, we wandered away from Old Town. The question we posed to pedestrians: How we might get to the Bratislava airport from here?

Hurrying passersby ignored us, and we figured we would have better luck if we approached people who were stopped and waiting for the buses and trams. Even this was not always successful. One woman told us, as she continued waited for her bus, that she did not have time to talk.

Undeterred, we soon found a Slovak-speaker who could understand our request and was so eager to help that he nearly called a taxi to the airport. Another friendly stranger, who told us that he did not know much English, still made the effort to explain the route to us. 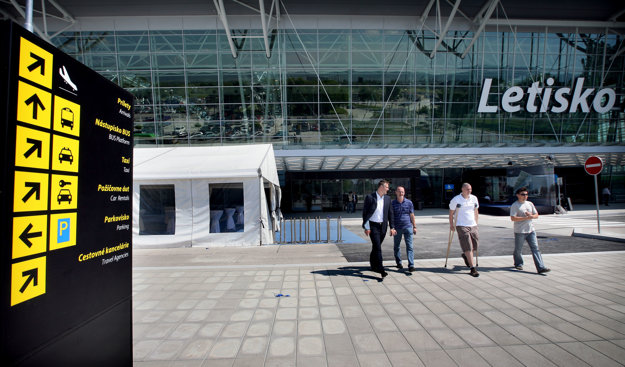 When in Slovakia, try some Slovak

We had the best luck with locals when we (in this case, the native-English speaker of the team) tried speaking Slovak. The woman who told us she had no time as she waited for the bus? We had approached her while speaking English.

No matter how poorly we mispronounced “Prepáčte?” (Excuse me?), and even when people shook their heads to our “Hovoríte po anglicky?” (Do you speak English?), they still stayed to answer our questions.

Practicing these phrases on your way to Bratislava might even make that Hlavná Stanica seem a little less chaotic.