Slovak opera diva gets a bust in Vienna

The bust of Lucia Popp – one is already placed in Slovak National Theatre – will commemorate the globally renowned opera star in the city where she launched her international career. 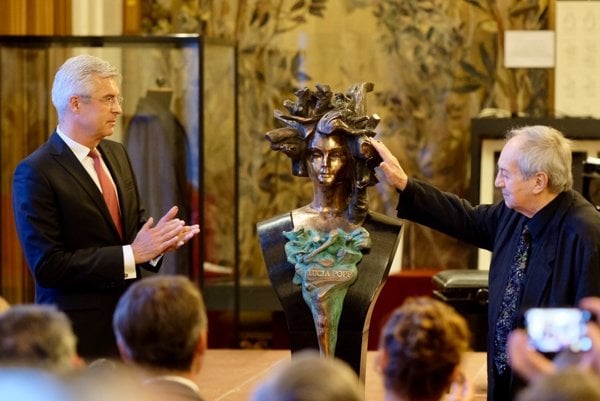 The native of the Slovak village of Záhorská Ves started her career in her homeland but later, she also came to perform abroad and was the first Slovak to sing with the Vienna State Opera. Her contract there was extended into the long-term and launched her international career. On June 12, 2017, her bust was unveiled at the opera house, with both Austrian and Slovak artists, culture managers and officials present.

The unveiling was performed by the state secretary of the Slovak Foreign Ministry, Ivan Korčok, and director Otto Schenk who co-decided on her contract there back in 1963. “Her voice had an unbelievable, unique tone,” Schenk said, as quoted by the TASR newswire. “I still cannot get used to the fact that I will not hear this voice live anymore.” 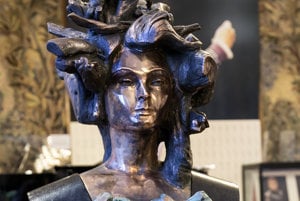 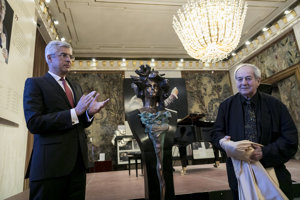 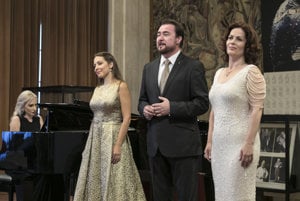 The creator of the statue is Slovak artist Juraj Čutek, who commented that the medium he used – wood – symbolises a material typical of her homeland, Slovakia. The feature meant to stress her uniqueness is the head decoration. “I was inspired by the diadem she wore here, at the Vienna opera, as the Queen of the Night but in this case, it also involves a root that represents a connection with home, land and people who have left Slovakia for the wider world to spread its good reputation there,” Čutek told TASR.

From the Slovak side, Bratislava Mayor Ivo Nesrovnal attended the ceremony as well. He likened Popp to a lighthouse, in that she has illuminated the way for her artistic followers who have also won worldwide recognition.

Popp, a soprano, was renowned mostly for her interpretation of the Queen of the Night in Mozart's Magic Flute and other roles in works by Mozart and Richard Wagner but she was also much in demand as a concert or chamber singer. She also played in two sequels to the Jánošík film. During her career, spanning three decades, she spread the fame of the Slovak operatic school around the world. She was born in 1939 and died in 1993, in Munich; she is buried in Slávičie údolie in Bratislava.