Magio Beach revisits the Danube embankment for its 11th season 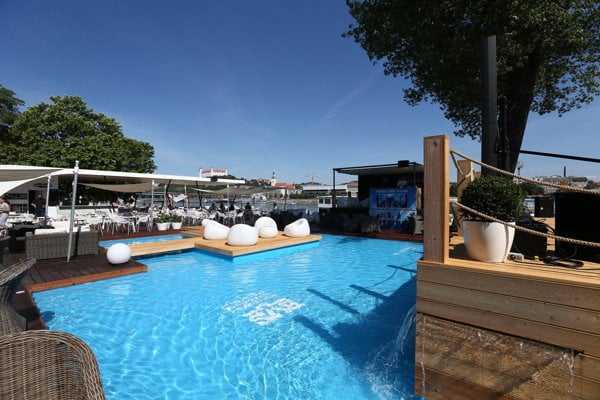 The embankment of the Danube River on the Petržalka side of Bratislava has again turned into a beach with fine sand. The 11th season of the popular Magio Beach opened on June 16. For the next 80 days, it will offer concerts, sports, games, refreshments and also virtual reality.

While the previous Magio Beach event was dedicated to sports due to the Olympics in Rio de Janeiro, this year its main focus is culture. The beach has been awarded the appellation of Pláž kultúry a oddychu (PKO), Beach of Culture and Leisure in English, recalling the now demolished Park kultúry a oddychu, the Park of Culture and Leisure. This traditional cultural venue used to stand next to River Park on the Danube embankment, but it was demolished last year.

A novelty for this year is a music podium.

“Roughly each fourth day there will be a concert,” said Peter Kimijan of Slovak Telekom as cited by the Sme daily. “So far we have confirmed 17 musicians of various genres while we are negotiating with three more.” 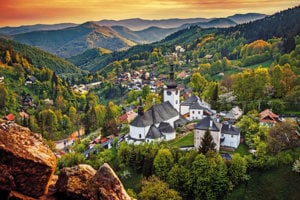 Read also: Discover Slovakia and get a chance to win Read more

A traditional part of Magio Beach are various sports venues. This year there are two courts for beach volleyball and one for beach football. Visitors can also play table tennis, badminton and petanque.

It is possible to book the courts free of charge on 0904 707 021, but only 24 hours ahead and the individual bookings cannot exceed one hour.

Each Wednesday running coaches from the Adidas Runner community will give advice to those interested in how to improve their form. There will also be group exercises held under the auspices of professionals from the Golem Club fitness centre.

This year there will be film screenings. Bažant Kinematograf has prepared a five-week marathon of film evenings lasting from July 17 until August 20.

Visitors can also see an exhibition of photos by the founder of the Bubo travel agency, Luboš Fellner. The exhibition, 100 Countries 100 Experiences, shows various exotic places.

The youngest visitors to the beach can expect a regular interactive programme together with children’s shows.

Apart from traditional meals and drinks there is also a Fresh bar with healthy meals and beverages.

A Tech Lounge with technological novelties has been put in place this year. Visitors can experience virtual reality using special glasses for example. They can also try the latest novelty introduced by Slovak Telekom – The SmartHome.

This year the sand of the Magio Beach comes from a quarry close to Prague in the Czech Republic. Fine white sand such as this is being used on the courts hosting the Beach Volleyball World Series.

“This is fine silica sand evoking Sardinia or the Caribbean,” said Dušan Švalek of Slovak Telekom, the main organiser and sponsor of the beach.

After the beach is over on September 3, the 900 tonnes of sand will be transported to the volleyball area near Draždiak in Petržalka, that has just started undergoing revitalisation.

The Magio Beach is open daily from 9:00 until 22:00. Bars close at midnight. Entrance is free.

For more information go to magioplaz.zoznam.sk, but the website is only in Slovak.