The error prompted jokes on the internet. 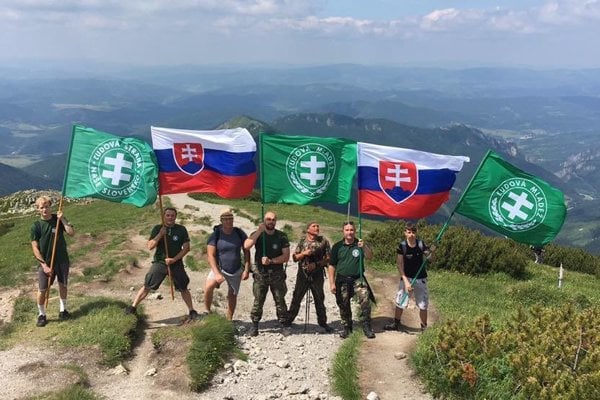 Members of the far-right People’s Party – Our Slovakia (ĽSNS), led by Marian Kotleba, published on one of their Facebook fan pages a picture atop Veľký Kriváň, the highest hill in the Low Fatra mountains.

The post, however, prompted jokes, as it turned out the climbers had actually picked the wrong hill, the Fiči.sme.sk website reported.

“The idea to organise the national climbs to Kriváň was created by Slovak writer and publisher Gašpar Fejérpataky-Belopotocký,” reads the post from June 26. “The tradition of national climbs, however, fully developed after August 16, 1841. On that day, Ľudovít Štúr, Jozef Miloslav Hurban, Michal Miloslav Hodža, Samo Bohdan Hroboň and other significant Slovak nationalists climbed Kriváň.”

Though their statement is true, the fact is that they climbed a completely different hill: Kriváň in High Tatras mountains is dozens of kilometres away from Veľký Kriváň, climbed by ĽSNS supporters.

The Facebook post was made more ridiculous by the addition of the party, which claims, “We are proud of the Slovak traditions and we continue them,” Fičí.sme.sk wrote.

Several people pointed out the mistake of the party in the comments below the picture.

The reaction was quick, and several pictures ridiculing the error appeared on the internet.