The game finished after 30 minutes. 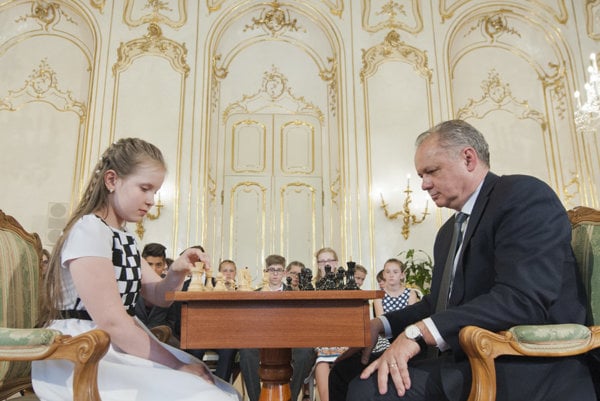 Lucia Kapičáková is only ten years old but she is already a Champion of the EU in playing chess. She challenged President Andrej Kiska to play chess with her.

“I know I will lose,” said the President at the beginning of the meeting, adding that the bets were not about who was going to win, but if he would lose in 10, 15 or 30 minutes.

The President gave up after about 30 minutes, adding that it was an honour for him to play chess with her. 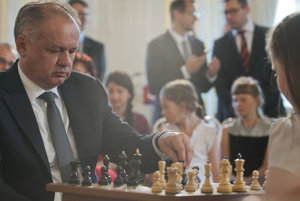 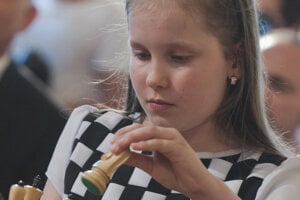 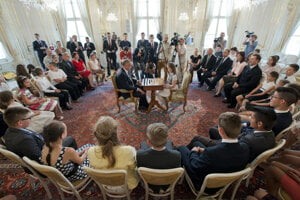 Game of chess with President (9 photos)