Did Sagan really have to go?

Several factors influenced the disqualification verdict, and it is hard to comment without having complete information, says one of the commissaires. 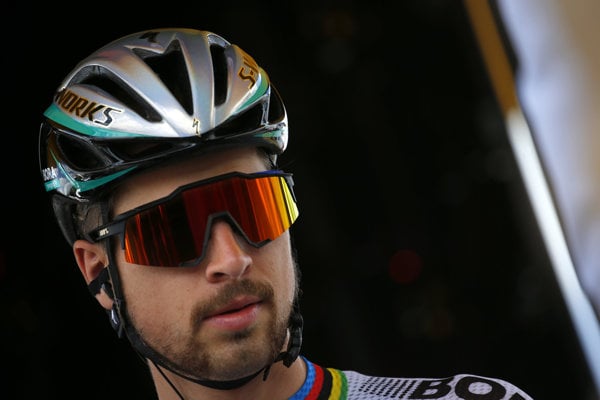 Peter Sagan will not add another green jersey to his collection after this year’s Tour de France. Two-time world champion in road cycling was suspended from the competition after the fall of several of the other racers at the end of the fourth stage.

The decision of the jury, based on the allegation that Sagan intentionally elbowed Mark Cavendish, causing him and other racers to fall, has stirred discussion on the harshness of the penalty. Several former sprinters backed Sagan after seeing more detailed pictures of what happened, but others have supported the verdict.

“It is a sad end for me,” Sagan said in a video posted on his official Facebook profile, thanking fans for their support not only at the Tour de France but also at the other races where he had competed.

The incident occurred about 50 metres before the finish line of the fourth stage of the Tour de France (TdF) from Mondorf-les-Bains to Vittel. Cavendish crashed into the barriers at a speed of more than 50 kilometres per hour and fell to the ground. Consequently, John Degenkolb and Ben Swift also fell, and Cavendish was taken immediately to the hospital for examination. He later announced that he is quitting TdF.

Sagan, who finished second in the stage, was initially penalised with an addition of 30 seconds to his time and loss of 80 points in the classification for the green jersey. The jury however later decided to disqualify Sagan from the entire competition, saying that he directly caused Cavendish’s fall. He was also fined 200 Swiss francs.

The Slovak cyclist claimed he did not know Cavendish was behind him. He visited the British cyclist’s team to apologise for the incident.

The detailed pictures meanwhile show that Sagan did not actually touch Cavendish with his elbow and that the British racer was already falling when he came into contact with Sagan, the Sme daily reported.

“It was an insensitive, wrong decision,” said Ralph Denk, the head of Sagan’s team Bora-Hansgrohe, as quoted by the TASR newswire.

The verdict is valid, despite Bora-Hansgrohe’s official protest. They hoped that the jury, the race's organisers or the International Cycling Union (UCI) would invite the involved parties to another hearing, but that did not happen.

Not even a phone call to the Court of Arbitration for Sports has changed the decision, TASR reported.

Out for thrown bottles or slaps

Though it is rare that racers are disqualified from TdF, Sagan is not the first case, Sme reported.

In 2010 the jury disqualified Australian racer Mark Renshaw for hitting his rival Julian Dean of New Zealand with his head to make more space for Cavendish. TdF’s head Jean Francois Pescheux supported the decision, saying “We’re in cycling, not at the battlefield”, as reported by Sme.

Another case occurred in 1997, when Belgian racer Tom Steels had to leave the competition after throwing a bottle at French rival Frederic Moncassino.

“It was the very first time that a racer was disqualified for an aggressive gesture,” the jury wrote in its statement, as quoted by Sme.

One of the most bizarre incidents occurred in 2000, when Dutch racer Jeroen Blijlevens finished the race but attacked American Bobby Julich at the finish line. Before the commissaires intervened, Blijlevens hit him in the face several times, giving the explanation that Julich had deliberately hampered him during the competition.

The jury then removed Blijlevens from the last stage’s result list and the overall classification, as reported by Sme.

Former Slovak cyclist Milan Dvorščík, who currently works as an international cycling commissaire, could not say whether the decision on Sagan was right, explaining that the commissaires have to take several factors into consideration. They usually use the available information sources, like videos and pictures, and issue the punishment based on classifications and tables.

“There are not many possibilities for an official appeal, but the jury is open to various inputs in order to fairly evaluate the situation,” Dvorščík explained to the SITA newswire.

He, however, admitted in an interview with Sme that wrong verdicts also occur when there is not enough information.

Disqualification will not harm Sagan much

Several former sprinters meanwhile expressed their support for Sagan, calling the jury’s decision hasty. Even some of the racers who had criticised Sagan for the incident before the verdict was issued changed their statements after seeing the pictures. This was the case for German racer Andre Greipel.

Former American racer Lance Armstrong showed his disagreement with Sagan’s disqualification in his Facebook comments, calling it the wrong decision. He also said that Sagan is not a malicious racer and showed that by coming to Cavendish to apologise after the incident.

“For me the elbow came after [Cavendish fell],” Armstrong said on the Stages podcast. “Cavendish was already on his way to the ground. It would be another thing if the elbow caused him to crash. I’m 100-percent sure that elbow did not cause the crash. Is he [Sagan] trying to get his balance? That’s the big discussion, that’s the big debate.”

Retired Australian sprinter Baden Cooke, who won the green jersey in 2003, also described the disqualification as a “bad decision” and called Sagan’s actions “unintentional” on his Twitter account. 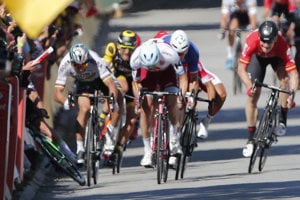 Read also: Peter Sagan was disqualified from the Tour de France after a foul at the finish Read more

The decision was also condemned on Twitter by former Australian sprinter Robbie McEwen, who won the green jersey in 2002, 2004 and 2005 but was demoted to last place of one stage of the 2005 competition for head-butting Stuart O’Grady

“Cavendish was obviously unlucky to come off the worst, but I also think that Sagan came off a bit unlucky,” Hayles said, as quoted by the Daily Telegraph.

Cavendish, on the other hand, considers it to be the right decision.

“It takes a lot of courage, a lot of balls, to eliminate the world champion from the Tour de France,” Cavendish said, as quoted by the Reuters newswire.

Sagan meanwhile did not comment on his next programme in the current season.

Several racers however say it will not harm his career.

“He was disqualified, but I guarantee you that next week he will not even think about it,” retired Slovak cyclist Peter Velits told the Pravda daily, adding that Sagan will certainly not be crying about not winning another green jersey. “He will return for next year’s Tour and will win the green jersey back.”

Representatives of Bora-Hansgrohe said that TdF has lost one of its main marketing leaders. This has already been seen by the reduced interest of Slovaks to attend TdF’s finals, as several travel agencies confirmed for Sme.

Politicians get involved, too

“Obviously it is because Peter is a Slovak and a phenomenal cyclist, which many of his rivals don’t like,” the Slovak National Party (SNS) said, as quoted by the Denník N daily.

The party and its chair, Andrej Danko, joined the group of conspirators who claimed on the web that Sagan was disqualified because of his Slovak passport, Denník N reported. Danko later issued an extensive statement in which he claimed that “excellence is not forgiven”. He praised Sagan and emphasised his results in previous races.

“I’m not the type of politician who will write to organisers and functionaries over gross violations or abuse of powers,” Danko claimed, as quoted by the TASR newswire, referring to the letter Prime Minister Robert Fico sent to the representatives of UEFA after the Slovak U21 representation did not make it to the recent European championship. 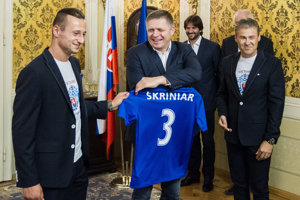 However, he expressed his moral support for Sagan, saying that he knows how it feels to be “unjustly punished”.

Richard Sulík, the chair of the Freedom and Solidarity (SaS) party expressed his support for Sagan, claiming that it had not been clearly proven that Sagan caused Cavendish’s fall. He hinted that it might be Sagan’s nationality that caused the disqualification, Denník N reported.

Among the other responses, the Slovak police tried to make a joke after they wrote that “the elbow did not happen”, referring to the claim they have issued in several serious cases.