The city under Zobor is beautiful also from a bird’s perspective. 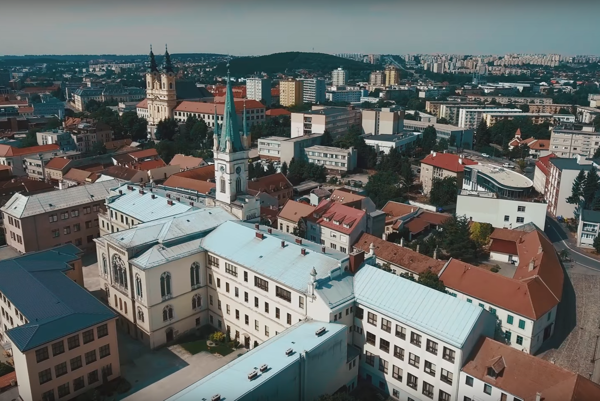 Naumeniuk studies in Slovakia and beginning in September he will start studying at the Academy of Art in Banská Bystrica to become a director.

“For one video, I film about 50 GB of footage and then in takes from 10 to 15 hours to cut it,” said Vladyslav Naumeniuk for The Slovak Spectator, adding that post production could take two or three days.

He also has videos of Žilina and Banská Bystrica.