The busy road will remain closed at least until the end of July. 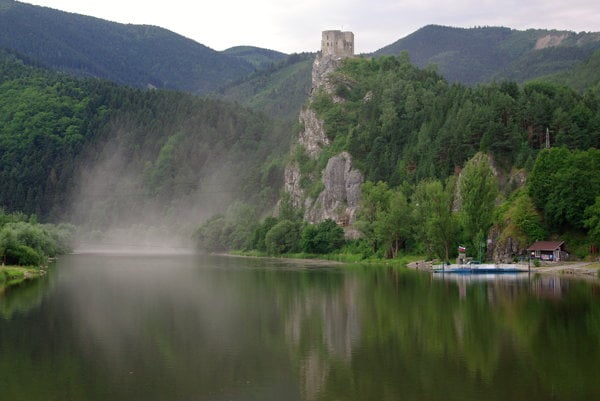 Some 100 tonnes of hard rock collapsed and fell on the road under the Strečno Castle, near Zilina. (Source: TASR)
Font size:A-|A+

Some 100 tonnes of hard rock collapsed and fell on the road under the Strečno Castle, near Zilina.

The road is the main connector between Zilina and Vrutky and between western and eastern Slovakia, as there is no highway in the area. The TA3 news channel reported on the fallen rock on July 18, but no details as to whether the rock caused major damage have been released.

The road had been closed even before the rock fell. 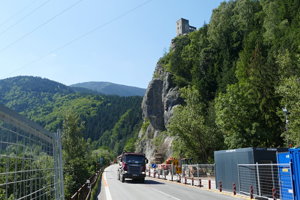 Geo-technicians were aware of the critical condition of the rock and closed the road to remove it in smaller pieces. They placed a nearly one-metre thick layer of pebbles and sand on the road to protect it from damage should the rock fall in its entirety.

“One of the possibilities is that once we start interfering with it, it will all fall down in one go,” said Branislav Prelovsky, project manager of the sanitation works, as quoted by the Sme daily. 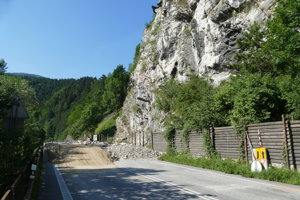 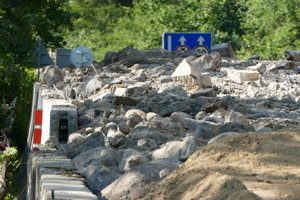 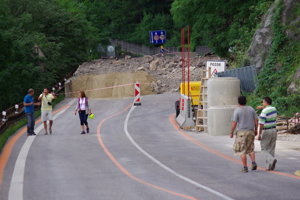 That possibility eventually happened. The rock broke into smaller pieces during the fall and did not hit the road as one block.

This was the most critical scenario. A crisis team is supposed to meet on Wednesday to discuss how to proceed. The road will remain closed at least until the end of July, which had been the plan prior to the rock fall, but the work could require more time.