Ministry gives up idea of teaching pupils one type of writing only, for now. 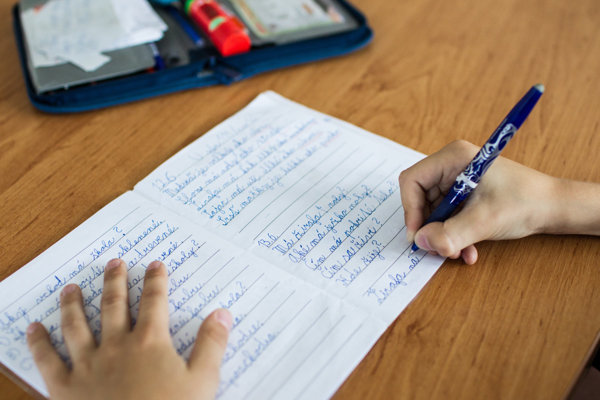 Do you use cursive when you scribble your notes or do you just stick to capital letters? An individual writing style seems to be growing less and less important as many people stick to typing.

Nevertheless, the Education Ministry decided to tackle an educated style of writing in primary schools towards the end of the past school year. They only dropped the idea of introducing a unified, compulsory style teachers should teach their pupils in the early years of primary school, after public opinion proved strongly opposed.

How much space for individualism?

The education reform the ministry has in the pipeline, with a document entitled “Learning Slovakia,” keeps stressing individualism as well as a special attitude towards pupils and their needs with almost every point. Yet that attitude not reflected in the proposal Minister Peter Plavčan voiced, in introducing a minimum of writing script – continuous scripted writing.

This type of writing has been taught in schools around Slovakia before, but for pupils with learning disabilities, the school can make an agreement with parents for their children to learn so-called Comenia script. This is a discontinuous writing more similar to typing on a computer or text in books.

Comenia script was developed in the Czech Republic and in 2010 – 2012 it was tested at thirty-three schools. Comenia supports say that it is easier to learn for those who are left-handed and those with learning disabilities.

A petition arose signed by teachers and parents as well, calling for freedom in writing. The signatories of the petition believed that choosing what is best for pupils is in the hands of parent and teachers, not the ministry.

The special educational needs of children may look differently and be of different intensity, agrees Viera Kalmárová, the country’s main school inspector.

“In these cases diagnostics is the most important – a basic one done by a teacher or expert one done by specialists,” Kalmárová explained for The Slovak Spectator.

As for pupils who have problems of smaller intensity, it is enough for teachers to approach the pupils individually – modifying the methods they use to the needs of each pupil. In this case it is necessary to stick with the national curriculum, including the syllabus and lessons that are part of it, Kalmárová noted.

But when pupils’ learning problems become more intensive, it is necessary to apply an individual pedagogical-educational program.

“Experts also recommend methods and forms of education for each lesson, suitable teaching aids, different way of evaluating the pupil and so on,” said Kalmárová, adding that it depends on the type and size of the disability if they also recommend modification in the content of the curriculum.

Pupils will still be able to choose

For now, Minister Plavčan has given up and schools will be allowed to freely choose what kind of writing script they teach their pupils.

Moreover, there was no debate among experts before the proposal’s voicing, nor did the ministry present any analysis stating that discontinuous script is better or worse for children to learn.

“Pupils don’t attend lessons to learn several types of writing. Nobody learned more than one in the first grade,” said Martin Kríž, a teacher from a school where the Comenia type of writing is also used, as quoted by the Sme daily.

Common sense, as well as the national curriculum, says that writing serves us in knowing how to take note of speech, continues Kríž.

“For that, one type of writing is enough,” Kríž summed up, as quoted by Sme.