The time bomb of age is ticking in Bratislava

The Slovak capital will have one of the oldest populations in Slovakia as well as in central Europe. 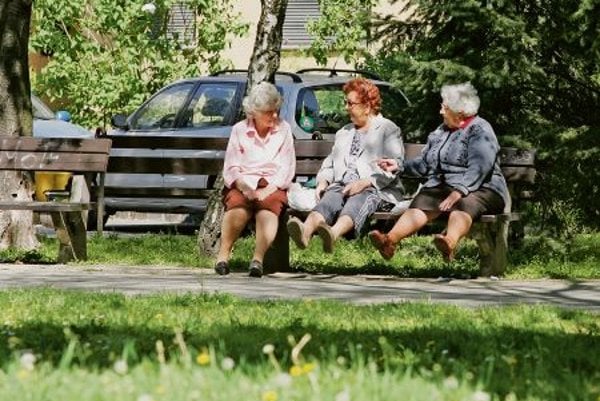 The population of Bratislava is facing rapid ageing, which will have an impact on many aspects of life in the capital. While currently one of the hottest topics is the lack of kindergartens, in the future it will be the lack of senior homes and related services for seniors. Demographers warn that Bratislava should get prepared for the increasing share of seniors and adapt accordingly.

“If we do not address this, then there is a threat that Bratislava, as the capital, will become less important and attractive for new generations,” said Bratislava Mayor Ivo Nesrovnal.

Bratislava City Council, in order to prepare for the ageing of the local population, has ordered a prognosis for the capital up to 2050. It was elaborated by the Demographic Research Centre at the Infostat, Bratislava. Nesrovnal introduced its results in early July.

The study forecasts that during the following 33 years, i.e. until 2050, the number of seniors in Bratislava will almost double from the current 17 percent to about 30 percent, while the number of people of productive age, i.e. between 15-59 years, will decrease significantly. Moreover, the share of citizens aged 80 years and above, with the concomitant special, social and medical needs, will constitute 8 percent of the city’s population.

Demographers say that the ageing of Bratislava can be explained by the rapid growth and development the city has experienced since WWII. Moreover, in the 1950s and ‘60s the policy supporting young families resulted in the birth of the so-called Husák’s children, a phenomenon named after the then Czechoslovak president Gustáv Husák. This generation will reach retirement age around 2030. As a consequence, the average age of Bratislavan citizens will increase from the current 42 to almost 46.2 years. But other post-communist cities like Prague, Warsaw and Budapest will face the same problem as well.

“Suddenly we have here a phenomenon, which we did not count on,” Branislav Bleha, demographer at the Demographic Research Centre told the public broadcaster RTVS. “These communist cities grew rapidly. Industrialisation and urbanisation during the communist regime was very strong too.”

Then the year 1989 arrived, when the communist regime fell, and development changed completely. Fertility declined, women began postponing having children because they firstly wanted to establish themselves on the labour market and work on their careers. The death rate started to decrease, too, explained Bleha.

The authors of the study also indicate that during the following years, Bratislava will keep benefiting from migration with people moving in and the number of children born to one mother increasing. Nevertheless, this will be not enough to prevent Bratislava from dynamic ageing.

Bratislava City council is aware of the challenges the ageing population means for the city and the way it functions.

“The fact that Bratislava will become an old city will practically reflect in all spheres of public life – from the labour market via social expenditures, to infrastructure,” said Nesrovnal.

Thus, the city council is preparing the Community Plan of Social Services of the Capital for which the prognosis should also serve. The plan should become effective as of 2019 and the city council is already starting with some preparatory work. The city council also wants to prepare a new master plan for Bratislava that will reflect the latest forecast.

One of the biggest challenges is the building of senior homes. The city council administers senior houses with a total capacity of 1,159 places. However, these are completely full with more than 900 seniors already on the waiting lists.

Other senior houses are administered by Bratislava’s individual districts and others are under the Bratislava Self-governing Region. There are also some private senior homes.

Apart from senior houses the city council wants to also address issues of education and housing for young families. But it stresses that it cannot succeed without cooperation from individual districts as well as the self-governing region.

Another problem facing Bratislava is the lack of money. This is due to a high share of people living in the city without a permanent residence. This means that their income taxes are not flowing into the city’s coffers but into the coffers of the municipalities in which they have permanent residence. 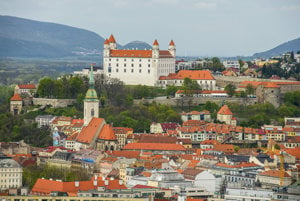 Branislav Šprocha of the Demographic Research Centre says that while seniors are a specific group of people with their own interests, needs in transport, infrastructure and health care, they should not be perceived as a group who are creating a problem.