Bratislava’s main railway station is getting a face lift

The derelict station still has to wait for its complete rebuild though. 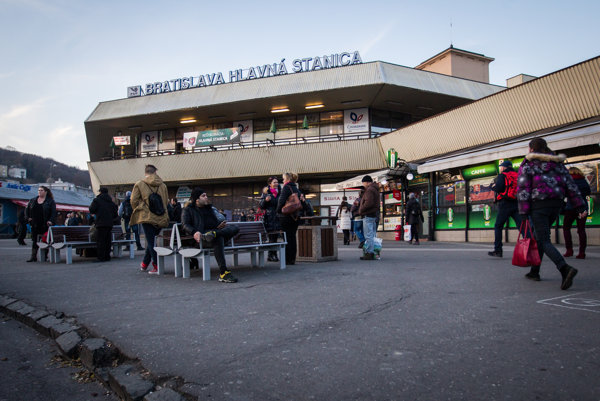 The worn-out main railway station in Bratislava will finally get a face lift but the desperately needed complete rebuild of the station is still out of sight. The current improvements should better the quality and comfort of travellers, especially those with limited mobility.

The railway company ŽSR signed the first of several smaller reconstruction projects in late June. Under this agreement, the Metri company will re-build a former staff underpass and create access for immobile passengers, parents with prams and passengers with large luggage to all the platforms at the station.

“A modern, barrier-free, glass lift will lead to each platform,” said Martina Pavliková, ŽSR spokesperson as cited by the TASR newswire, adding that the price tag of this project is €1.468 million without VAT. ŽSR will cover it from its own resources.

ŽSR began preparatory works for this project earlier in July and unfortunately these will limit access to people with reduced mobility who previously got to platforms via lifts for the staff. These passengers can now only get to individual platforms via a level crossing and thus they need more time to get to their trains. Pavliková specified that now such passengers must get to the station at least 40 minutes before the departure of their train.

Part of this reconstruction project is also the renewal of the camera system as well as lighting at the station.

The works are planned to last for six months.

ŽSR believes that this project will solve one of the biggest problems of travellers at one of the oldest and most used railway stations in Slovakia.

“The quality, comfort and safety of passengers will increase,” said Pavliková.

Complete rebuild of the station out of sight

The current face-lift project has nothing in common with the long planned complete re-construction of the main railway station and the nearby square. This should be carried out by the Transprojekt company, said Pavliková. 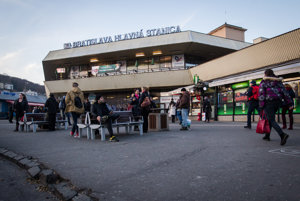 Originally Transprojekt, after an international tender in 2001, was to revamp the station and the nearby premises for €200 million by 2016. To do so Transprojekt signed agreements with ŽSR and Bratislava city council, in 2006 and 2010, respectively. Based on these it also acquired or rented plots of land close to the station, on which it planned to build a business centre, the Sme daily wrote last November.

But Transprojekt has failed to move forward with the project so far and when it asked for an extension of the agreement by five additional years, the Bratislava councillors refused them. Recently a court decided that Transprojekt failed to carry out the project because the city council did not help it.

What will follow is questionable. Transprojekt has warned that if the city refuses to extend the agreement, Bratislava will face the biggest lawsuit in its history so far, as Transprojekt claims that it has already invested €16 million into the project.

The ongoing dispute will block any possibility of rebuilding and revitalising the station and its vicinity for a long period of time.

Thank you for singing up. Shortly an email will be sent to the address you provided to verify your e-mail.
Error! Please try to register again later, your e-mail was not registered.
Your email is not in a correct format.
Please confirm you are not a robot.
Share on Facebook (117)