The lake in Beňatina is the most eastern travertine bearing locality in the country. 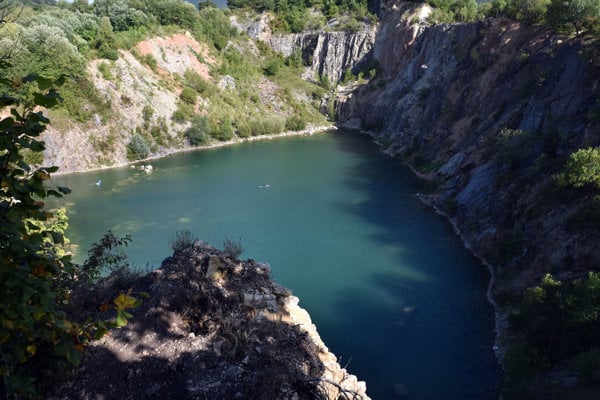 The natural lake in the village of Beňatina is one of the most visited sites in the Sobrance district (Košice Region).

With its beautiful scenery and crystal clear, turquoise water it is reminiscent of the Plitvice Lakes in Crotia, hence the nickname “Little Croatia”.

“This site is quite popular among tourists,” said Viktor Wurm from the Košice Region’s Tourism organisation, as quoted by the TASR newswire. “Those who are less aware of the place may still be surprised that Slovakia has such natural beauty.”

The lake is the most eastern travertine bearing locality in Slovakia which was used as a stone pit until recently. After the quarrying stopped, the site was filled by underground water which then created the lakes, Wurm explained 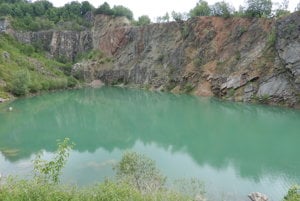 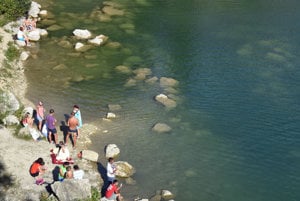 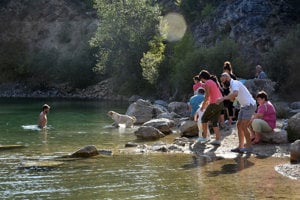 One of the attractions is a five-metre-high formation that some say is a print of a large prehistoric whale.

“Others say it is only the play of light on the rocks’ colours,” Wurm said, as quoted by TASR.

The lake in Beňatina is part of the tourism “quadrilateral” that can be visited within one day. Apart from the lake, it consists of two wooden churches in Inovce and Ruská Bystrá, and a guitar museum in Sobrance, Wurm added.