The only opal mines in Europe are located near Prešov

Both easy and challenging tours are available through the unique mine. 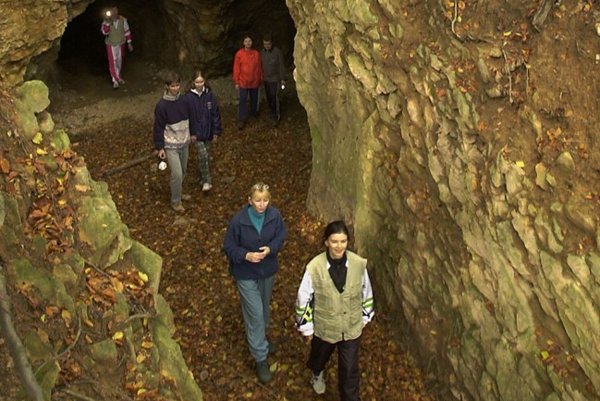 Underneath Slánske vrchy near Červenica in the Prešov region are opal mines. These are the only opal mines in Europe, as well as being the oldest and the biggest in the world. The first written mention of them is from the 16th century but opal was mined here even before.

The whole mining compound comprises of more than 30 kilometres, although specific data is not known. The company Opal Mines Libanka made a 3D model of the underground tunnels, but only scanned part of mining shafts.

“Some places are caved in, it’s impossible to get there. The whole mine is like Emmenthal cheese; the holes are connected. You enter with one entry and leave with many other exits,” explained the director of tourism of Libanka, Iveta Bernátová, as quoted by the TASR newswire.

The company offers two types of tours. The first is easier - 1.28 kilometres long, suitable for families with children, older people and even people on wheelchairs. However, it is necessary to count on cooler temperature (4 to 8 degrees Celsius), humidity, drafts and part of the tour is not lit with electricity and torches are used instead.

“We wanted to keep an authentic atmosphere,” Bernátová stated, as quoted by TASR.

Inside the mine smells of sulphur, however, the air is clean. One corridor is colourful – yellow, white, green and pink, and a geologist counted about 40 types of minerals. There is also a chapel in the mine, though not included in the main tour. Visitors may see a likeness of Saint Barbara, patron saint of miners.

The second route is for more capable tourists who are looking for excitement. The tour lasts from five to six hours and leads through harder terrain, some parts completely dark.

“Adrenaline does not consist in jumping over holes or in abseiling, it’s about spending five hours underground in the dark,” said Bernátová for TASR, adding that part of the route is also dedicated to searching for opal.

Tourists from around the world come to the mines, the most exotic being from Bahrain. Most tourists came from Poland, Hungary, Ukraine and Russia. The tours are possible in English, Russian, German, Hungarian, Croatian and a recorded commentary is available in Polish.