We visited Jehovah's Witnesses to talk

Russia is oppressing Jehovah's Witnesses after courts described them as extremists. 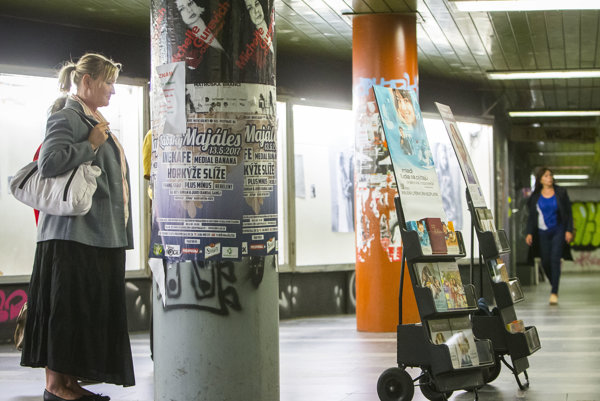 Around 100 believers in Bratislava suburb Petržalka listen to advice on how to talk to people on the street.

“Do not forget the fresh breath,” says the speaker from the podium. “But even the full mouth of the candies won’t help to those who have problem with the sphincer.”

Some people responded with embarrassed whispering but most of them were laughing. An elderly couple on the edge of the room pulls out menthol candies and puts them in their mouths.

Jehovah's Witnesses practice personal contact with people every week. The Slovak Spectator visited one of such meetings. The assembly is not led by one person. It’s program is divided into several blocks that are led by different elders of the church. They recall that through the behavior of individuals the public perceives the entire religious society.

Elders have repeatedly pointed on Russia, where the Supreme Court in June confirmed a ban on Jehovah's Witnesses on the grounds that they are extremists who threaten society. At the end of June, also Kazakhstan suspended their activities for three months.

Some people in the assembly were worried that the bans will spread further among 240 countries with more than 8,34 million official members of Jehovah's Witnesses around the world. There are almost 11 500 of them in Slovakia.

Although they are described as extremists in Russia, it does not mean that people should be afraid of Jehovah's Witnesses. The ban mirrors rather decreasing religious freedom in Russia than the practices of the Jehovah's Witnesses, according to František Fojtík, a Czech court expert in the field of cults and new religious movements.

Witnesses are willing to respond on The Slovak Spectator’s question but they do not want to speak on record. They suggest to ask their headquarters in Bratislava.

Slovak spokesperson of Jehovah's Witnesses Rastislav Eliaš described the Russian decision as absurd. Jehovah's Witnesses, in his view, are known for imitating Jesus Christ, which means that they do not have political ambitions, do not engage in wars and refuse violence.

"We don’t threaten society, on the contrary, our evangelistic activity is changing people for the better,” Eliaš told The Slovak Spectator. “Witnesses in Russia are in same position as al-Qaeda while they are peaceful religious society that refuses to fight.”

Witnesses are labeled as dangerous cult but the organization rejects such claims. It usually points to the fact that it does not have one leader who is fanatically followed by believers.