The oldest dwellers of Trnava still remember what infirmary and chapel looked like. 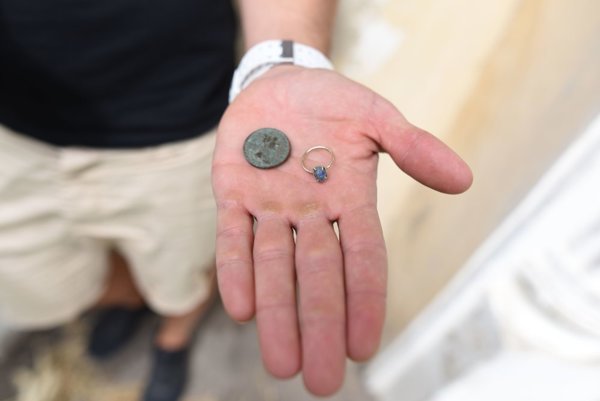 Archaeologists dug for several weeks at Trnava’s Calvary where they were looking for remains of an infirmary and chapel from the end of 17th century. The city of Trnava wants to present parts of building found underground within a future reconstruction of a nearby park that used to be an old cemetery.

The oldest dwellers of Trnava can still remember what the infirmary and chapel looked like as the buildings stood even during the Second World War. Near the building should be the ammunition of a military car that exploded, according to accessible information.

The explosion partly destroyed the building and city dwellers dismantled it to use the bricks for other purposes.

Only several photos, the remnants of walls and one stairwell leading to the stream Trnávka under the infirmary remain. A coin from the year 1730 found at the level of the foundations helped date the construction.

“The building served for the poorest citizens to have a haven in case of emergency or illness. It had a capacity from 70 to 80 people for whom there were beds located in a big room. The city paid for shelter and hired nurses,” said Erik Hrnčiarik, the head of the research from the archaeological department of Trnava University, as quoted by the TASR newswire. The infirmary also served medicine students of a former medical faculty, he added. 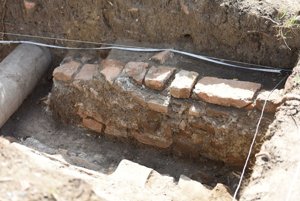 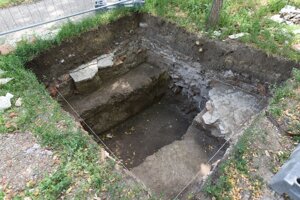 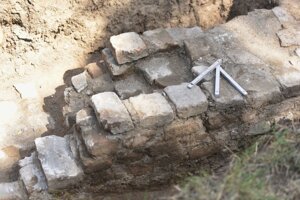 Hrnčiarik sees the future of the whole compound in a relaxing zone with sacral architecture of a sacral way that used to be a part of the cemetery and which has been already reconstructed. The infirmary could appear in a party reconstructed way with an informative system and benches, Hrnčiarik stated.