People sometimes have to wait three hours for the ride. 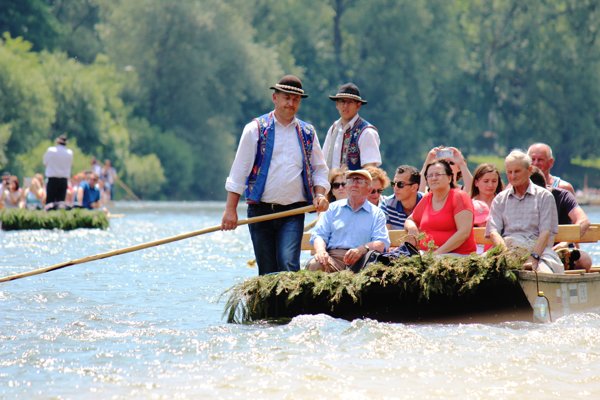 Many tourists have taken advantage of the recent hot weather to float on wooden rafts along the Dunajec River.

“In last years, the number of tourists from the Middle East, for example families from Israel, have increased,” said Helena Lainczová, one of the owners of a wooden rafts company, as quoted by the TASR newswire.

However, the most frequent visitors are still Slovaks, followed by Poles and Czechs. In the last two weeks, the company has seen a higher number of tourists. 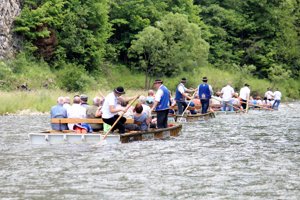 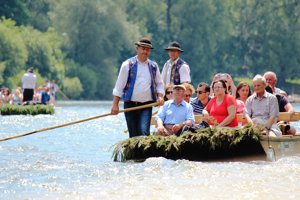 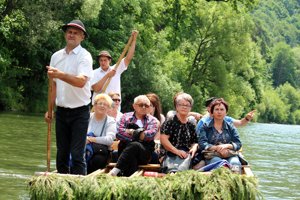 “Last year people preferred swimming pools during such heatwaves, but this year we have many visitors,” said Lainczová.

The wooden rafts are sometimes so busy that tourists have to wait three hours for a ride. This is also because people using the rafts now arrive later in the day than they had in the past.

“We cannot float as many people because we don’t have as many rafts as Poles have," she said in explaining why people have to wait. "In the past, the first rafts were starting around eight in the morning, but now it is much later,” she explained.

“At the marked route in the Dunajec Canyon 3,671 visitors went in both directions - 2,844 on bike and the rest by foot," said spokesperson of TANAP State forests Martina Petránová. "Slovak and Polish wooden rafts floated 6,600 people.” 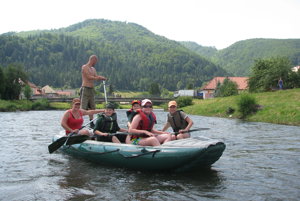 Floats on the wooden rafts start from the village of Červený Kláštor and go to the Slovak-Polish border close to the village of Lesnica, a distance of 10 kilometres long. The time of the ride depends on the height of the river but ranges from 80 to 120 minutes.

During the ride, raftsmen explain the history of wooden rafts, tell legends about Jánošík or provide lessons on the local precious flora and fauna.