The Slovak cyclist won the final sprint on August 9. 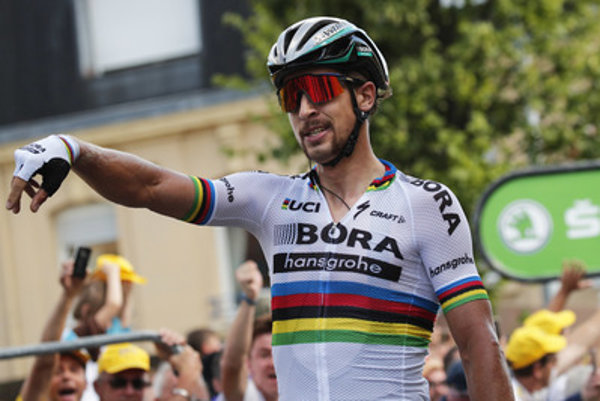 In the third stage of the race – which stretched 186 kilometres from Brankenberge to Ardooie – Sagan beat Edward Theun of Belgium and Rudy Barbier of France. Michael Kolář, another Slovak and Sagan’s teammate in Bora-Hansgrohe, ended in 143rd place, the Sme daily wrote. After this stage, Stefan Küngof of Switzerland is still leading.

Sagan won the first stage on August 7. However, the Slovak improved his loss to the overall winner and now places fourth, behind Küngof (another colleague of Bora-Hansgrohe), Maciej Bodnar of Poland, and Tom Dumoulin of the Netherlands. Kolář is 122nd in the overall chart. In the point competition, Peter Sagan is leading, ahead of Dutch Dylan Gronenewegen and Dane Magnus Cort Nielsen.

“It is possible that I will return to the first place, once the stages come in which the peloton splits into groups,” Sagan said, as cited by Sme, after his August 9 stage victory.

It seems that his dismissal from the Tour de France – perceived as a huge wrongdoing and insult by fans – was good timing for improving his shape for the August races. Currently, Sagan seems to be the quickest cyclist, as this was already his second stage win of BinckBank Tour 2017.

In the Brankenberge-Ardooie stage, he handily beat his rival in the home stretch. Some of the cyclists fell during the rain.

There are four remaining stages of the Tour, which ends on August 13. According to Sme, some of these may fit Sagan well, as he won for 99th time in his life on Wednesday and may add one more stage victory to reach his 100th.