Imrich Karvaš was one of the most powerful men in the wartime Slovak State but he helped the popular rebellion. He ended up in the concentration camps and even the communist regime imprisoned him. 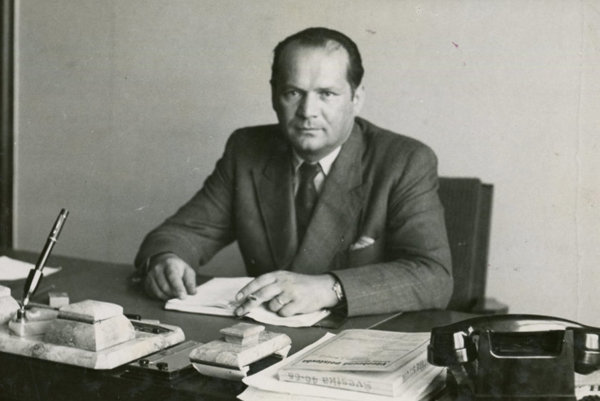 In 1938, the life of successful economist, Imrich Karvaš, got a dramatic twist. He was about to take up the position of professor at the Charles University in Prague but the capital of then-Czechoslovakia had been recently occupied by Nazi Germany. Czechoslovak president Edvard Beneš resigned after the Munich dictates that split the country but Karvaš did not agree with this step and decided to return to Slovakia, together with his family.

Even his previous career was admirable. He had lectured in France at the Sorbonne, in Germany and in the USA. Karvaš also simultaneously held many important functions, e.g. as secretary of the Union of Slovak Banks, secretary general of the National-economic Institute of Slovakia and Carpathian Ruthenia (i.e. Zakarpattia) and vice-president of the Export Institute in Prague.

At the age of 35, he was a minister without portfolio and later industry, trade and the self-employment minister of the Czechoslovak government.

He was an exceptional personage in Slovak history but some 20 years ago, he was almost unknown to the public – even to economic experts. This, despite Karvaš being one of nation's best financiers who wrote more than 60 specialised articles.

“The Communists succeeded in suppressing knowledge of my father for a very long time,“ his son, Milan Karvaš, who wrote a book about him, explains.

“Among outstanding Slovaks, only M.R. Štefánik may have had a similar fate – being first an excellent scientist, and then a state official,“ Milan, also a scientist but unlike his father a chemist, now aged 80, notes.