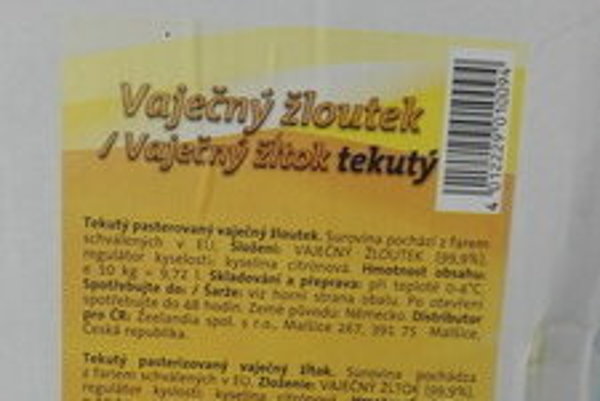 This time, a bakery belonging to a Dutch company called Zeelandia in Rozhanovce (Košice region) was involved, the Agriculture Ministry announced on August 30.

The findings concerned pasteurised egg melange and liquid yolk - both products made in Germany. Agriculture Minister Gabriela Matečná called on food suppliers not to endanger people's health on the same day the findings were made.

“The composition and origin of imported food must be checked thoroughly,” she noted, as quoted by the TASR newswire. “I recommend betting on verified products from verified suppliers, ideally from Slovakia, who oversee the entire production process under surveillance from the farms to the shops,” she said, calling on consumers to inquire about the origin of food, not only at shops but also at restaurants.

Earlier this month, food inspectors found fipronil-tainted food products made from Dutch eggs at four luxury hotels in Bratislava. The food was made in Germany from Dutch eggs and imported to Slovakia via Austria.