The computer mogul, founder of Microsoft and philanthropist Bill Gates supported his daughter. 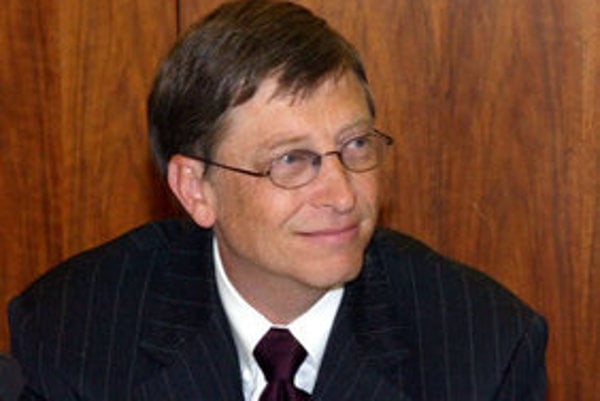 After 13 years Gates visited Slovakia on September 1, cheering on his daughter Jennifer Katharine, aged 21, at a Nations Cup showjumping race in Šamorín.

“Nations Cup is an international competition which at the same time is the qualification race for the 2018 World Cup in the USA,” head of the event Denis Monticolo told the private JOJ TV. The TV channel described Gates as pleasant and kind but refused to talk for the cameras and when not following his daughter’s jumping he read a book, according to the Sme daily.

In Šamorín, eleven four-member teams competed over the weekend while Jennifer K. Gates is a member of the US team. She has been active in horse racing since childhood.

Last time Bill Gates – whose fortune is estimated at USD 86 billion by Forbes magazine – visited Slovakia was in January 2004, dealing mostly with public sector trading, Sme wrote. Two years earlier, the Slovak cabinet inked a so-called multi-license contract with Microsoft through which it has been paying the company several million euros annually for its products for public administration.

Bill Gates has not been the only prominent guest at the globally-important horse event in Šamorín: a sheik from UAE participated in 2015.

The modern complex in Šamorín, an x-bionic sphere, is the largest and most up-to-date equestrian centre in central Europe. Apart from race-courses and the showjumping complex, it includes 700 stables, an aqua-park, wellness centre and hotel with 282 rooms as well as almost 2,000 conference sites. The sports complex can hold up to 16,600 spectators.

The owner of the complex is not known but the idea of building an equestrian compound here was by financier Mário Hoffmann. In the past, the J&T Finance Group financed the project, according to the Trend weekly.