If we could somehow be transported to a Slovak town in, let us say, the 15th century, it is quite probable we would not be able to identify it. Towns were often plagued by disasters that completely changed their image. 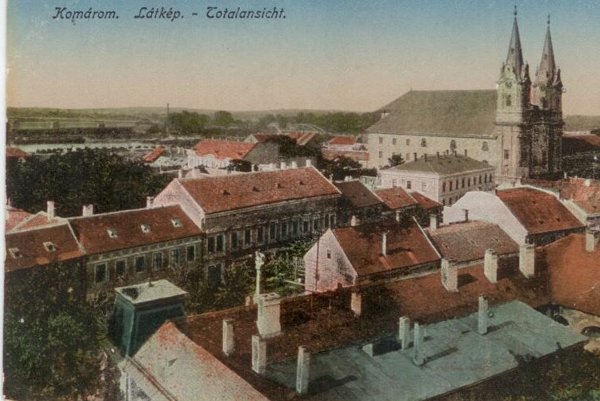 The overall view of Komárno (Source: Courtesy of B. Chovan)
Font size:A-|A+

A good example of this is Komárno in the south of Slovakia. The town on the bank of the Danube river seems to have suffered more than usual. First, it was hit by devastating fires. The one in 1718 burned 280 houses, a figure that made Komárno inhabitants elaborate anti-fire rules. However, either the laws or the town inhabitants were inconsistent, as in 1767 there was another fire, resulting in 785 damaged houses.

In the meantime, there was also an earthquake. A strong earthquake claimed hundreds of lives, seven churches reduced to ruins, and 279 houses were left in the form of mere stones and wood debris.

The break of the 18th and 19th century brought tremors of a different kind to Komárno. As it used to have a strategic position near the Danube, armies were often interested in it. It was soldiers who demolished the oldest part of the town to build a fortification stretching from the Danube all the way to the estuary of the Váh river. Six kilometres long, it was called the Palatin Line.

Military fortifications and massive town walls affected the face of the town in another way. In the second half of the 19th century, it was possible to enter the town only by three gates. Of course, a toll was paid at each of the gates, which then made goods more expensive.

After each of the disasters or changes, the town started to build anew and thus, it looks completely different today from how it used to several centuries ago.

In this postcard from the time of the Hungarian monarchy, we can see the centre of Komárno.