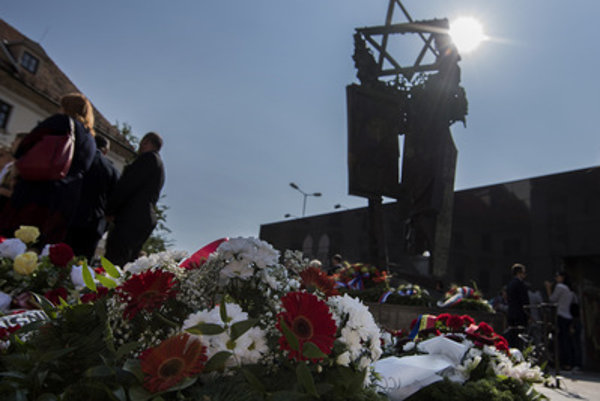 On September 8, one day before Holocaust Victims and Racial Hatred Day, the Prime Minister laid wreathes at the Holocaust Victims Memorial at Rybné Square in Bratislava – where a Neological (i.e. Reformed Judaism) Synagogue used to stand. Alongside Fico, ambassadors from several countries commemorated those killed during the Holocaust, as well as other World War II events, including those typical for Slovakia. Aryanisation, or the seizing of the Jews’ property, was one of them.

The Slovak PM could not make a speech due to his other official duties but the head of the Museum of Jewish Culture in Slovakia, Pavol Mešťan, thanked him for being present at the birth of the Holocaust Museum idea. “The catastrophe of the Jews was a dreadful experience – the biggest mass murder in history,” Mešťan said, as cited by the SITA newswire. “We must show that it was the experience of humankind, not just a Jewish experience. They were only the ones who paid dear for it. We have to show – and keep showing – that Nazism was born somewhere, came from somewhere, and it did not appear out of thin air,” Mešťan summed up.

Israeli Ambassador to Slovakia Zvi Aviner Vapni considers it possible for the ideology of the past to reappear in the present. “We must take action and the time to act is now,” he said, as cited by the TASR newswire. “We have three duties – to commemorate, to recall and to halt.” he said. In his words, we should commemorate Holocaust victims, recalling how humanity was humiliated and halting all ideologies.

A representative of Holocaust survivors from Slovakia was present, Chava Schelach – born Eva Majerová in Bratislava, who survived the Bergen-Belsen concentration camp (unlike 1.5 million Jewish children and 45 members of her family, TASR wrote). Bratislava rabbi Baruch Myers ended the September 8 event with a festive prayer, and Mešťan gave the first copy of the Righteous Among Nations encyclopaedia to former and current Slovak politicians who have contributed to the ex-president’s Righteous Among Nations award, Slovak-Israeli ties, and the Museum of Holocaust in Sereď. 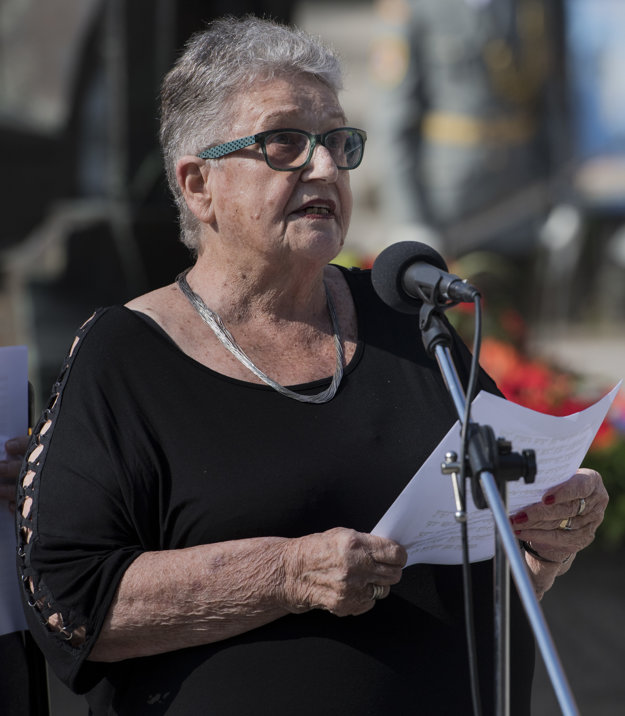 “These days, we already know how far verbal hatred and segregation based on race, religion or nationality can go,” Martin Korčok, head of the Holocaust Museum, told TASR. “So we should keep a watchful eye on this and condemn every form hatred right at its embryonic stage, he added.

Looking back to war-time Slovak state

Seventy-six years have passed since the wartime Slovak government issued a decree on the legal status of Jews, known as the Jewish Code on September 9. “It contained 270 paragraphs determining the rights of the Jewish population. The bans and restrictions gradually resulted in the dehumanisation of Jews, and subsequent transports culminated in their physical elimination,” Korčok explained.

Naftali Furst, who survived the labour and concentration camp at Sereď, the Auschwitz-Birkenau death camp, the death march and Buchenwald, has experienced the effects of the Jewish Code himself. “Since I was only nine at that time, I mostly noticed the changes at school and when some friends stopped talking to me,” told TASR. “Anyway, we were persecuted from 1938. The Jewish Code wasn’t the first law aimed against Jews. Every time new anti-Semitic laws were issued, we discussed them at home, searching for a way out. However, we didn’t know that the situation would only get worse,” the survivor told TASR.

Slovak politicians and their stance

September 9, the day on which Slovakia commemorates the victims of Holocaust and racial violence, is not only a commemorative day, but also a day of warning, Deputy Speaker of Parliament and coalition Most-Híd party leader Béla Bugár said on that day. Bugár stressed that attempts to play down Nazi crimes committed on the Jewish population in occupied Europe and to deny the Holocaust have been around for some time, but they should not be taken lightly. Most-Hid believes that indifference, defamation and the acceptance of extremist opinions also expressed by parliamentary politicians are very dangerous phenomena for the country, Bugár said, according to TASR. He thinks that the country should react via legislative changes, adopting an amendment to the Penal Code or establishing an expert section at the Justice Ministry.

It’s very dangerous if persons who openly profess extremist ideas are active in public life and politics, agreed Culture Minister Marek Maďarič. He stressed the need to condemn the promotion of books that once inspired such evil as Nazism, which as a consequence led to the Holocaust.

“The Slovak nation has a historical memory and does not forget about its 57,628 Jewish fellow citizens – the victims of persecutions and war crimes, deported to labour and death camps,” Speaker of Parliament Andrej Danko (Slovak National Party/SNS) said on September 8, as cited by TASR. He stressed that these acts cannot be ascribed to collective guilt; he also pointed out that Slovaks proved their humanity and bravery by saving hundreds of Jews during the war-time Slovak state (1939-1945). The Righteous Among

Nations award of the state of Israel has been given to many Slovak citizens for this heroism and demonstration of human fellowship, according to Danko.