How IT teacher brought extremists to parliament

Marian Kotleba criticised parliamentary democracy ten years ago. Now he has become a part of it. 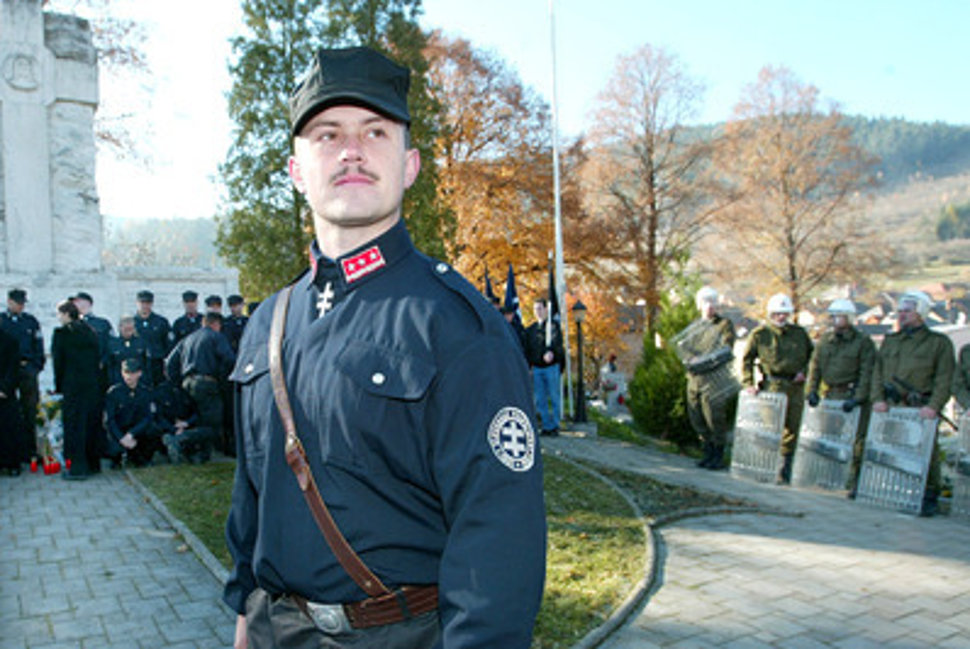 When Marian Kotleba enters the class room of the Grammar School in Banská Bystrica the pupils are not nervous or under stress. They sit behind their computers and look forward to an interesting IT course. Maybe this time they can again play video games or surf the internet.

Kotleba was not spreading his extremist views at school. As a young 27-year-old teacher he had good relationships with the children, according to Peter Múkera Jr., who was his pupil at the time and now works as an attorney.

“He was able to create great relationships particularly with boys who liked IT,” Múkera told The Slovak Spectator.

This is how Marian Kotleba’s classes looked for four years until 2005. Then his colleagues and pupils learned about his second identity. 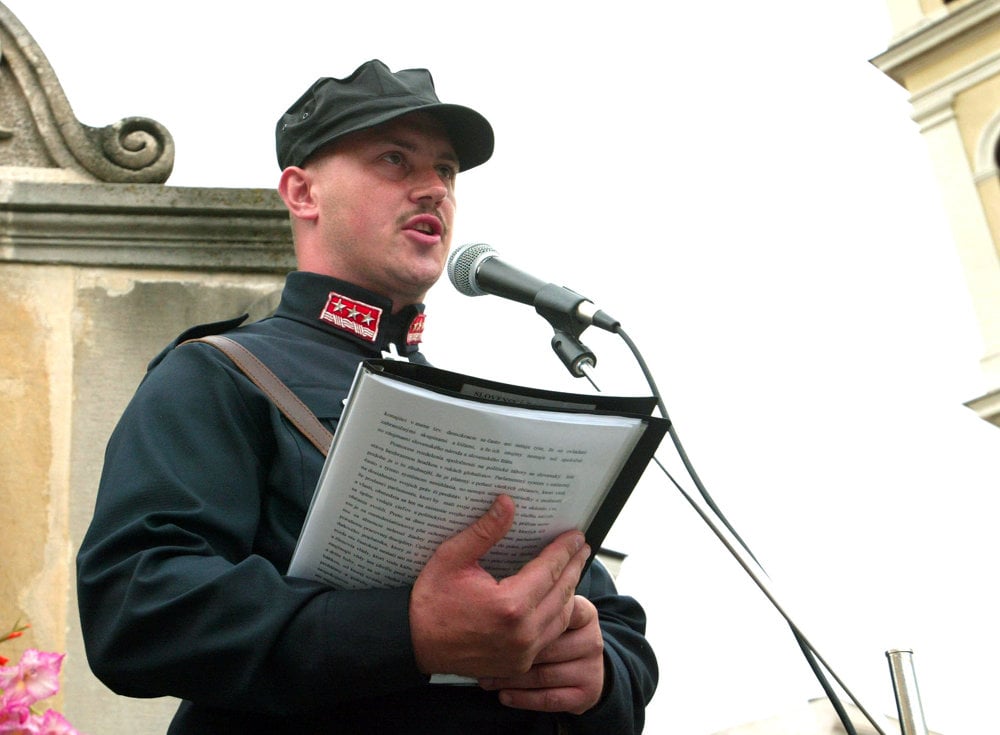 “Democracy with social classes is better than parliamentary democracy. The state is being led by experts who are chosen by the nation,” Kotleba yelled one Sunday evening in Zvolen back in 2005.

Around 50 people wearing dark blue uniforms resembling the fascist Hlinka guards of Slovak war-time state were listening to him.

Eight years later in December 2013 Kotleba enters the office of the Banská Bystrica self-governing region (BBSK) with a big smile. Known for his racist statements Kotleba wished all present people a blessed white Christmas during his inauguration. His supporters laughed.

Two unknown men were protecting the entrance to the BBSK parliament hall and deciding who could go in there and who couldn’t. They did not tell people who they were, why were they doing this or who ordered them to. People were surprised and did not know what to do.

One member of this security duo was Peter Krupa. Three years later he was elected to parliament with Kotleba and has been investigated since the first day of his term because he brought a gun into the parliament building.

From school to the streets

Kotleba joined the ranks of the extremist Slovak Togetherness (Slovenská Pospolitosť) civic organisation in 2003 and became its leader within few months. Then he tried to change this marginal group of people into a political party.

Roman Cuprik
Subscribe Author Subscribe
News: Receive notifications about new articles by email. Try the new feature and turn on the subscription.
Roman Cuprik joined The Slovak Spectator team in March 2012 as a staff writer after contributing to the 2011 edition of Spectacular Slovakia. He graduated with a master’s degree from the journalism department of Comenius University in Bratislava. In addition to being a contributor to The Slovak Spectator he has been writing for Slovak daily SME since 2015. At SME he covers crime and corruption news. Facebook, Twitter
Comments disabled
Send the article by email
Close ad