An earthen-ware pot survived more than 1,100 years unbroken, hidden inside an oven. 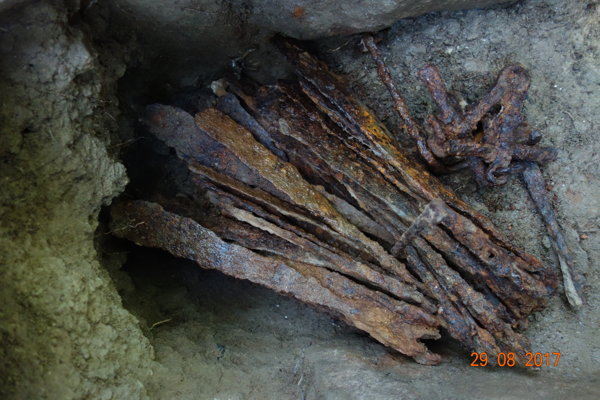 Archaeologists found an iron treasure while doing research in Bojná near Topoľčany. The Slavic inhabitants of the region hid it in a stone oven at the beginning of the 10th century. Iron was in that era a very precious metal; it was used for currency as the metal “hrivna”.

“The surprising discovery consists of 36 hrivna, bridle bits from a horse harness, two keys from a Slavic settlement and other iron objects,” said head of research in Bojná, Karol Pieta, from the Archaeological Institute of the Slovak Academy of Sciences, as quoted by the SITA newswire.

The oven with the treasure was found on the west fortified area in front of the castle near the Great Moravian fortification Bojná I – Valy. The earthen-ware pot stood in its original place, in the oven, surviving more than 1,100 years unbroken. 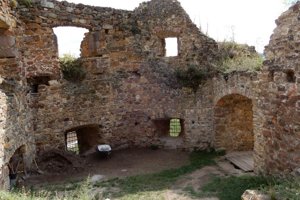 “We can assume that the inhabitants hid the precious iron objects in a functioning oven when the fortification was suddenly invaded,” explained Pieta for SITA.

“Objects originating from the beginning of the 10th century when the fortification was conquered were burnt down, abandoned and not used again,” he added for SITA.

Archaeologists started with the construction of the monumental east gate to the Slavic fortification that will enrich the presentation of Bojná to the public. Visitors can currently see three reconstructed Slavic houses. After reconstruction, the gate will look exactly like the one from the 9th century.

It will consist of a 12-metre high entrance tower and surrounding walls.

“The finish of the construction works is planned for halfway through 2018,” summed up Pieta for SITA.