Blog: Work to live, or live to work?

How to make the most out of the time you have to spend at work. 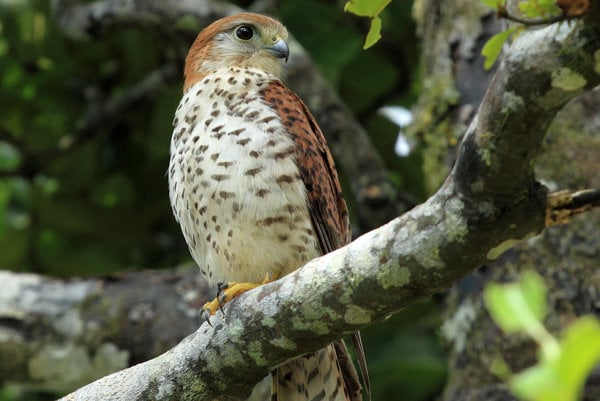 Carl Jones is widely recognised as having brought the Mauritius Kestrel (pictured here) back from the brink of extinction. His story is also an answer to the question: work to live or live to work? (Source: Jacques De Speville )
Font size:A-|A+

If there’s one universal truth that I have observed, it’s that people want to have a sense of purpose or meaning in their life. Of course, what that actually means to each person can be wildly different, and can even change over time. Our personal values and beliefs, our dreams, and life events like starting a family, or commitments to look after others, can greatly influence what is important to us in life, and people start to fall into one of two broad categories:

Work to live: These are the people whose priorities in life mostly fall outside of what they do as a job. To them, the job is a means by which they earn the money to achieve their real goals in life.

Live to work: These are the people who find work in that area which is high on their list of personal priorities. To them, the job is more than simply earning a wage; the job itself is a fulfilling and satisfying experience.

The story of Carl Jones

Of course, these are just the extremes. It’s not black and white, and for many people their work might be a bit of both.

Probably the greatest example of this that I have ever heard is the story of Carl Jones. Carl has won awards for running wildlife conservation programmes, and is widely recognised as having brought the world’s most endangered bird, the Mauritius Kestrel, back from the brink of extinction.

Carl went to Mauritius in the 1970’s with the job to shut down the failing bird sanctuary there, but on arrival decided instead to take it over himself and turned it into a massive success. Now here, you might think, is someone who has truly found the key to the “live to work” concept. What could be more satisfying than spending your working life doing something you passionately believe in, and succeeding at it?

How to maximise meaning

The reality, however, is that Carl spent at least half of his time reluctantly traveling around the world trying to get enough cash from sponsors so that he could spend the rest of his time doing the actual conservation work that he loved.

To some extent the same is true in every job. There are some parts you have to do so that you can enjoy the parts that have real meaning to you. So the question is, how do you maximise the meaning and enjoyment that you get for those hours at work?

The answer of course is to try to find a job in an area of life that interests you, and that can mean either a particular cause (e.g. saving endangered wildlife), or it can mean a type and style of work (e.g. problem solving, creativity or inventiveness).

Both ways involve a certain amount of ‘technical’ expertise needed, whether it’s conservation methods, mechanics, programming, or artistic skills. But what most jobs also require is an ability to work effectively with other people, and this is where an individual task starts to turn into collaborative fun. At the end of the day, any work becomes more enjoyable if you can have the chance to influence the outcome that is expected and the way in which it is achieved.

That’s why, no matter what your interests or aspirations, I recommend you invest time into not only learning the ‘hard’ technical skills for your future work, but also invest time into the ‘softer’ skills of communication, teamwork, negotiation, feedback and leadership. These are the skills that can turn a simple job into a satisfying career. How? Read books, find online courses, or in some cases your University may even offer accredited courses.

Paul Burt is the managing director of IBM ISC in Bratislava. The opinions expressed in this blog are his own.