Does it make you feel better when your boss wears an original expensive and elegant designer label suit and you also wear a suit from the same label, bought in an outlet for half that price? 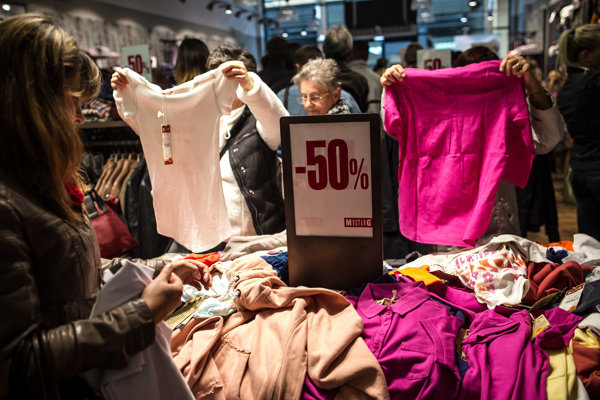 I have a strange feeling that any expat coming to Slovakia learns three words during her or his first week here: “ahoj” which means “hello” in Slovak, “ďakujem” which means “thank you”, and “Parndorf” which will soon mean everything to many of them, no matter where they come from. Parndorf is a big Austrian designer discount outlet, a half hour drive from Bratislava on the highway from Budapest to Vienna. It is also a sleepy Austrian village in the Burgenland region but somehow the outlet hijacked the name Parndorf so if you try to Google this word, you risk not learning about the village’s existence at all.

I must admit I’m not a big fan of shopping in general and I wonder why people prefer spending hours in the artificial climate of a shopping centre between palms and rhododendrons that look so out of place in their pots between escalators and coffee shops; it’s enough to make you wonder why nobody proposes a law that makes abusing plants a criminal offense. Some of my fellow Romanians employed by multinational ITC companies in Bratislava already know about Parndorf when they relocate to Bratislava and, guess what, I know at least one case when one of the first weekends in the new country was spent in….Parndorf, to see the miracle with their own eyes!!