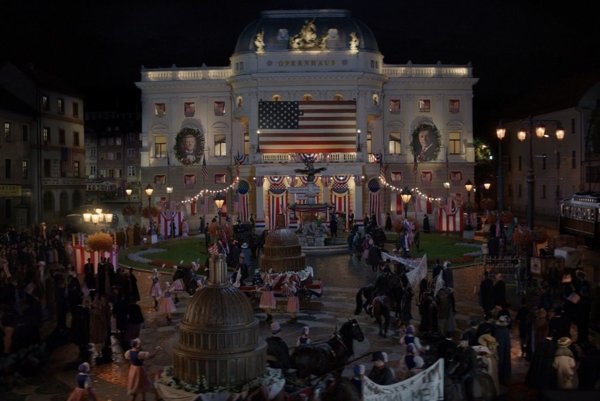 The scene from the film Wilsonov in which Bratislava, the then-Wilsonov prepares for signing an agreement about joining the city with the USA. (Source: PubRes)
Font size:A-|A+

Did you know that one of Bratislava’s fountains was built exclusively for a film or that the scene of bloodshed and a frantic manhunt in Vienna in the blockbuster Peacemaker was actually shot in Bratislava? All this information and much more will be divulged by guide Ivor Švihran during a tour called Film Locations in Bratislava on November 12. He has prepared it in cooperation with the Slovak Film Institute for the occasion of The International Film Festival Bratislava.

“Film Bratislava actually has three dimensions,” said Ivor Švihran. “These dimensions include Czech-Slovak and Slovak movies that were shot in Bratislava, foreign films shot here but in which Bratislava ‘played’ different cities, and films located in Bratislava but which were shot elsewhere.”

The most well-known foreign movie filmed in Bratislava is probably Peacemaker with George Clooney and Nicole Kidman in the leading roles. It was shot in 1996 at several locations in the Slovak capital but Bratislava always played a different town – Vienna or war-torn Sarajevo. 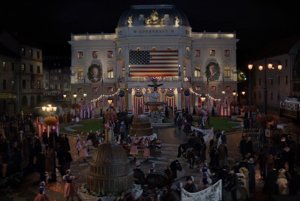 Other films shot in Bratislava include, for example, Dragonheart from 1996, Eragon from 2006 and Uprising. For the latter, a complete Warsaw ghetto set was built at the place where Eurovea now stands. Additionally, Kull the Conqueror was shot at Devín castle.

The bizarre category of films whose plots take place in Bratislava but were shot elsewhere include the Bond movie, The Living Daylights from 1987 filmed in Vienna, Derailed from 2002 with Jean-Claude Van Damme as the main character, filmed in Sofia as well as the B-horror film Hostel, from 2005, filmed in the Czech Republic.

The first of three 3-hour tours will be simultaneously translated into English. It will start at 9:00 in front of the Kino Mladosť cinema on Hviezdoslavovo Square. The fee is voluntary and booking is recommended.