Slovak firms to be involved in armoured vehicles' development

The Defence Ministry wants most of the new vehicles to be produced by Slovak companies. 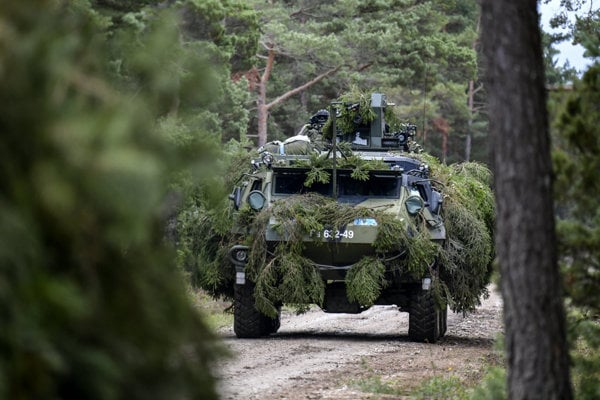 The government approved a proposal to provide 8x8 and 4x4 armoured vehicles for the Slovak army, submitted by the Defence Ministry, at its November 15 session.

The country will purchase 81, 8x8 military armoured vehicles and 404, 4x4 vehicles for €1.2 billion in total, the TASR newswire reported.

The government did not approve the purchase, only the method of procurement, Defence Minister Peter Gajdoš (nominee of the Slovak National Party) said.

The development will bring new jobs

The development of the vehicles is expected to cost €9 million including VAT. The Defence Ministry expects that this solution, in which Slovak companies are involved, will be cheaper and quicker than the ordinary purchase of existing vehicles and will meet high technical standards.

The army will receive the 8x8 vehicles between 2018-2024. About 70 percent of the new vehicle will be produced by Slovak firms, while the cost per vehicle should not exceed €4 million including VAT, Gajdoš and general secretary of the Defence Ministry’s personnel department Ján Hoľko told the press. 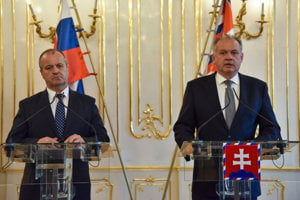 “We expect up to 50 jobs will be created in Slovakia,” the minister added, as quoted by TASR.

Slovakia will cooperate in the development of these vehicles with Finnish company Patria.

Slovak companies will participate in the production of the 4x4 vehicles too. Its development is expected to be completed in 2018, with the Slovak contribution accounting for more than 80 percent. Gajdoš expects about 80 new jobs may be created in this case. The vehicle will then be gradually introduced to the Slovak army between 2019 and 2029. The expected cost is €960 million per vehicle.

A partner for this type of production has not been selected yet, TASR reported.

Since the total investment in the purchase of new armoured vehicles exceeds €40 million, the plan was evaluated by the Value for Money Unit. Due to the lack of information and the size of the project, the main risks are mostly late delivery and the possibility of exceeding the expected cost per vehicle.

The unit thus prepared several recommendations for the Defence Ministry. First, to specify and explain the required technical parameters and the number of procured vehicles.

Second, to minimise risks linked to research, development and production of the 8x8 vehicles. This includes developing, testing and certifying the prototype, updating the feasibility study and preparing a detailed budget for the project and specifying the potential subcontractors.

It also recommends the ministry think about purchasing the 4x4 vehicles via competition in the market. The alternative may be similar methods to those used in the case of the 8x8 vehicles.

Lastly, the ministry should declassify parts of the submitted documents that do not come under trade secret or security risk.

Based on the analysis, the Defence Ministry said it first plans to complete the research and development of the prototype in cooperation with a strategic partner. The vehicle will then have to undergo technical and military tests. The Slovak defence industry will have to be involved to the maximum extent and the order should be economically advantageous, TASR reported.