Traffic jams on D1 near Bratislava to continue

The D1 highway will be broadened into eight lines, causing more traffic jams. 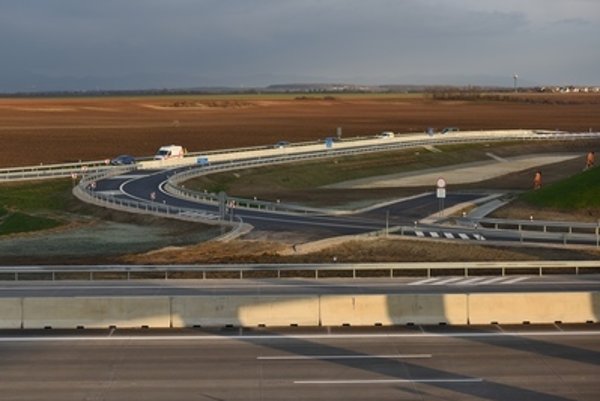 The traffic jams by the entrance to Bratislava on the D1 highway may now end for a while but in the upcoming months, they will only get worse.

Even after the Blatné junction, which currently causes the traffic jams, is completed, drivers face other traffic limitations on their highway drive, the Sme daily wrote on November 27. The National Highway Company (NDS) plans to start several huge projects between Bratislava and the Triblavina junction; one of them includes a connection between the D1 highway and the highway ring-road of the capital – the D4 highway. 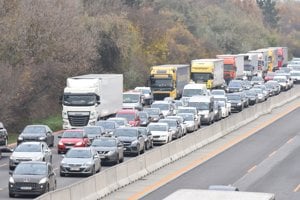 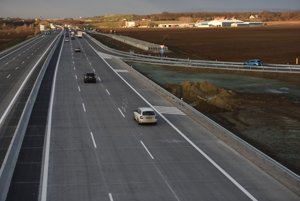 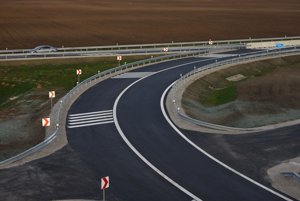 The state plans to launch the construction of these projects in the next months and finish by the end of 2020 when the D4 highway from Jarovce to Rača is slated to be finalised.

“Drivers will only experience trouble when the D1 is expanded into eight lines at the entrance to Bratislava,“ the INEKO institute analyst Ján Kovalčík told Sme.

When the highway is broadened into eight lines between Bratislava and Senec, the Triblavina junction will also be built. The third huge project planned is the construction of a junction connecting the D1 highway with the D4 highway. This will probably be the most demanding construction of the whole section. Apart from building the junction, the builders will also lift the highway so that the ring-road can pass underneath.

In an effort to prevent total highway closure, builders will first construct the bypassing routes on the site of the future junction so that the highway can be lifted and the bridges built. Only then, the junction will be made. After it is finished, the remaining sections of the highway will be constructed.

“The traffic limitations will be considerable as the construction will take place on the busiest highway section in Slovakia,” CEO of Amberg Engineering Martin Bakoš, whose company designed the highway broadening for NDS, told Sme.

There will be massive tailbacks and jams during the morning and afternoon rush hours “but there is no other realistic way to solve this situation”, Bakoš added.

The NDS has tried to calm the mood but the traffic limitations have not been specified yet. The coordination of three huge projects in this area is not clear, either, and the worst-case scenario is that each of them will be conducted by a different company.

“If there is no coordination, we can expect traffic collapse for Bratislava in the upcoming years,” head of the Institute for Transport and Economy Ondrej Matej said, as quoted by Sme. He added that the critical situation will appear when the British carmaker, Jaguar Land Rover, launches full operation in his plant near Nitra in 2020.

So far, only Blatné will see traffic jam relief. The NDS started gradually re-opening this junction on November 22 and it will be fully passable for vehicles this week. Its construction started in April 2015 under the Doprastav company for €23.3 million. After the junction is opened, drivers from Blatné, Senec and Svätý Martin will be able to use the highway.

The state plans to build two more elevated crossings near the capital: Triblavina and the Ivanka – North junction that will connect D1 with D4.