The iconic Slovak painter Miloš Alexander Bazovský, whose many works revive the rural idylls or stylised portraits of Slovaks and Slovakia, also made numerous photographs on his travels around the country. What was once an appendix to his work has now become the core of current exhibition. 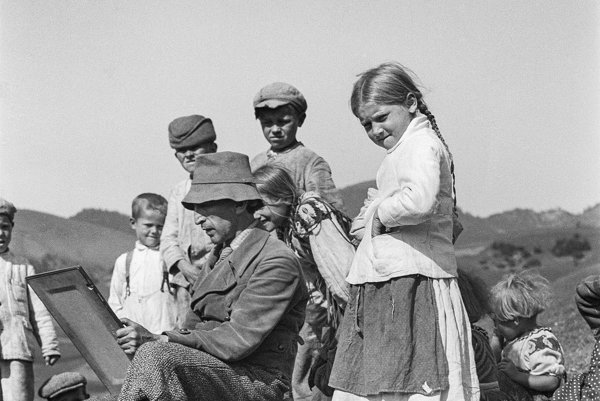 Miloš Alexander Bazovský was a famous artist whose work has been shown in numerous exhibitions and published in many books and brochures. His photography works are now separately presented to the public for the first time, at an exhibition in the Slovak National Gallery in Bratislava (SNG). This Sunday, there will be a guided tour in English.

“At Bazovský’s exhibition at the National Gallery in 1997, curators discovered several photos and presented them; but rather low-key, as if they were a side-line, an appendix,” curator of the new exhibition, Aurel Hrabušický, explained. “I have had the idea of turning it all upside down, and presenting the photos not just as an appendix or small selection. When we examined the negatives we found that there were enough to make a whole – and interesting – exhibition.” 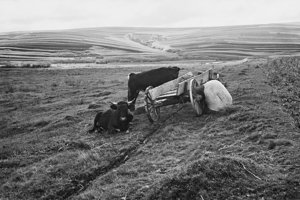 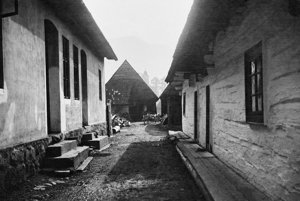 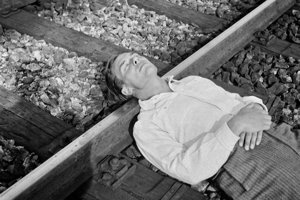 Hrabušický explained how the photos were procured for SNG – from the heirs of Bazovský after he and his wife had died. They got into the National Gallery depository back in 1972 when the then-head of the archives of visual art Zora Andrejčáková, who was authorised to arrange Bazovský’s inheritance, procured them. The negatives, presented in a closed small box in the initial room of the exhibition, have so far probably never been used in public, according to Hrabušický. They remained unnoticed for further decades, save for the archive’s book on Bazovský.

Hrabušický another curator of the exhibition, SNG head Alexandra Kusá, opted for a final form in which groups of photos are paired with a painting or a drawing. This presentation style not only shows visitors what kind of artist M.A. Bazovský was but they also suggest that he did not copy the photos but was rather inspired by them for his artworks.

Moreover, not a single printed photo– excepting a few from a holiday – was found of the negatives. Thus, it is hard to prove to what extent Bazovský made them at all and whether he worked just with the negatives.

The printed photos are not historical ones, and so they are displayed without glass and the usual framing, making them closer to the public and more comfortable to look at. In the first room, there are also period photos of some artists who were Bazovský’s contemporaries and who also focused on the genre of photography. For a few of them, photography was the primary occupation, however, most of the artists did photography as a side hobby.

The pictures exhibited reveal the artist’s fascination with certain motifs; apart from traditions, folklore, nature and bucolic scenes, he also seems to be interested in symbols of modern civilisation like rails, tracks, and telegraph posts, Kusá suggested. Also, the artist was fascinated with the modern lifestyle and its phenomena like sports, travelling, and tourism.

The last room is filled with personal photographs that resemble an ordinary family album but including some staged photos, i.e. scenes from some kind of period “art happenings”, the co-curator added.

On December 3, there will be a guided tour of the Bazovský exhibition in English, from the Sunday Rest cycle of events. This is the first – but not last – such tour of the exhibition which is placed on the 3rd floor of the Esterházy Palace of the SNG and which lasts until April 15, 2018.

This exhibition has two goals, Hrabušický noted: not just to present Miloš Alexander Bazovský as a photographer – which makes him one of the few artists of his times who systematically used the camera – but also to explore the unique form in which his photos were transformed into well-known artworks.