The incident, which claimed one fatality and at least 18 injuries, also created an emergency in a Slovak village close to the Austrian border. 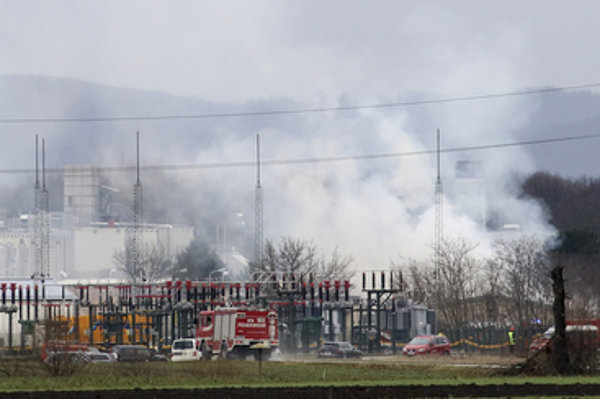 A huge explosion shook the natural gas collection station in the Austrian village of Baumgarten near the Slovak border on December 12 morning, shortly before 9:00. One fatality and at least 18 people injured: five employees are seriously injured, the Sme daily cited the Austrian newspaper Kurier as reporting. The explosion and ensuing fire caused damage to the buildings and cars parked nearby. The gas station was evacuated, but the number of victims may still increase.

The situation was under control as of 11:00, spokesman of the Gas Connect Austria company Armin Teichter told the Austrian daily Die Presse, adding that the whole complex is out of operation.

He also said that the explosion took place in the primary distribution system, which secures the gas supplies for industrial complexes. The cause was a technical flaw, according to preliminary information. 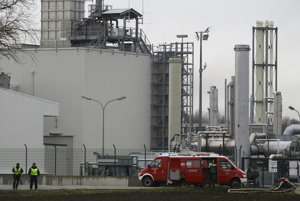 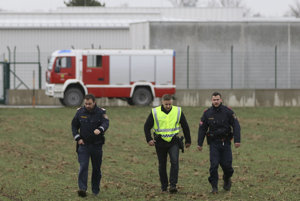 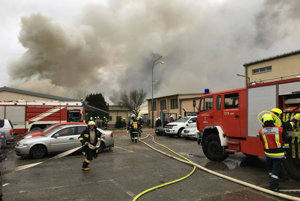 Around 150 firefighters and rescuers from 14 fire brigades and 10 ambulances were summoned, as well as two helicopters – a rescue helicopter and police helicopter monitoring the entire situation. The police called on the locals to avoid the site and closed off the area, as well as the nearby town of Marchegg.

The Baumgarten gas station is an important gas node for all Europe, and the biggest site for the import of natural gas in Austria, Sme wrote, adding that natural gas from Russia is drawn here as well. The system has been in operation since 1974.

The ÖMV company, which operates the station, confirmed that the explosion was in the gas hub. The fire-brigade spokesman Franz Resperger said, as quoted by the SITA newswire, that a gas pipeline exploded underground. The fire then engulfed six buildings and several cars, he added.

Gas supplies have not been disrupted or impacted in Slovakia, the Denník N daily’s website wrote, citing the SPP gas utility. No Slovaks have been reported among the casualties.

However, the explosion created an emergency situation in the Slovak village of Vysoká pri Morave, its mayor Dušan Dvoran told Denník N. He added that when he saw flames of up to 100 metres, he almost pronounced a state of emergency.

In the meantime, the number of injured victims may have increased, as even the Austrian media differ in their number – ranging from 18 to 60.