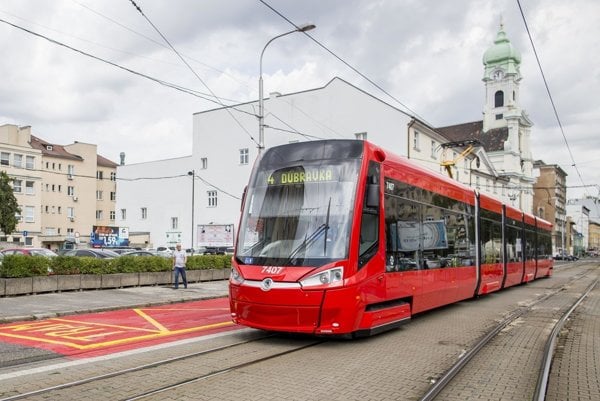 The routes and timetables for public transport in Bratislava have been available on Google maps since Sunday, December 10. The new function helps people to find the best public transport connection even without knowing the exact name of the stops or their location. It is sufficient to enter the address they are departing from and their destination and then the application will offer them the fastest and best route, as well as its alternatives.

“The new function enables people to easily find detailed information about routes for public transport, search for concrete stops as well as have a look at timetables,” said Adriana Volfová, spokesperson for the Bratislava Transport Company (DPB) as cited by the Sme daily.

Google and DPB have been working on the new function for more than a year and it will make travelling in Bratislava by public transport easier. However, as it does not work with real-time data, it does not show delays or traffic jams, the Denník N daily wrote.

As well as the locals, tourists especially will acknowledge the new function as they usually do not known the name of the stops but only know the places which they want to visit.

Until now, Bratislavans were able to search Google maps only for routes for drivers and pedestrians.

Meanwhile, the city of Košice also started publishing its public transport on Google Maps. It is the first city in eastern Slovakia to launch the service.

“Since the regular passengers know the timetables well, it will offer benefits to tourists and visitors,” said Michaela Karaffová, head of the marketing and PR department of Košice’s public transport company.

Thanks to Google Maps, users will be able to find detailed information about transport routes, location of the stops and timetables. This should simplify travelling and help people better orientate themselves in the city.

In the future, the public transport company plans to add a new feature that informs vehicles about their current location and possible delays, Karaffová said.