He insisted on the selected candidates, despite the speaker of parliament’s recommendation to change his pick. 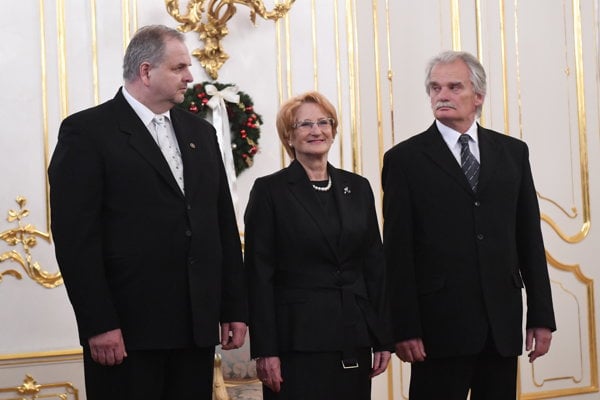 The Constitutional Court can operate at full capacity again. Jana Laššáková, Mojmír Mamojka and Miroslav Duriš took an oath in the Presidential Palace on December 13.

With this act, the dispute over the candidates for the missing Constitutional Court justices that lasted for more than three years has officially ended. President Andrej Kiska did not want to choose from the candidates approved by the parliament, claiming that they did not meet the criteria for the posts, the SITA newswire reported.

The court, however, ordered him in early December to appoint three of the seven candidates for the posts. Though Kiska criticised the verdict, he decided to pick three new judges, SITA reported.

“It’s true that you’ve been waiting for my decision on appointments a bit longer,” Kiska said during the ceremony, as quoted by the Denník N daily. “I want to express hope that the waiting was worth it.”

The president hopes the new judges will contribute to improving the image of the Constitutional Court in the eyes of professionals and public.

Kiska announced his decision to appoint Laššáková, Mamojka and Duriš on December 12. He did not change his mind even though Speaker of Parliament Andrej Danko (the Slovak National Party) claimed one day later that he cannot appoint Laššáková and Mamojka, since they were nominated to replace the same judge, the TASR newswire reported. 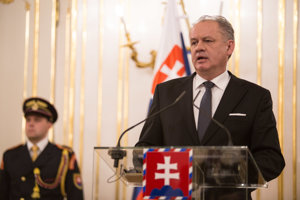 Danko explained in the letter sent to the president that there were two elections in parliament related to a total of four vacant posts at the Constitutional Court.

Via a resolution as of April 3, 2014 parliament proposed the following judges for three unoccupied seats in the Constitutional Court: Imrich Volkai, Eva Fulcová, Jana Baricová, Ján Bernát and Miroslav Duriš, who were later joined by Juraj Sopoliga. Out of these six candidates nominated by parliament the president appointed only one: Baricová.

He is therefore supposed to appoint two more judges from the list, Danko said.

Another Constitutional Court judge post was vacated in 2015, for which parliament proposed Mamojka and Laššáková with a decision as of December 2, 2015. From these two candidates, the president was supposed to choose only one, Danko added, as reported by TASR.

However, the Constitutional Court did not specify whom the president should choose. It only gave him the list of seven names, ordering him to pick three, Denník N reported.